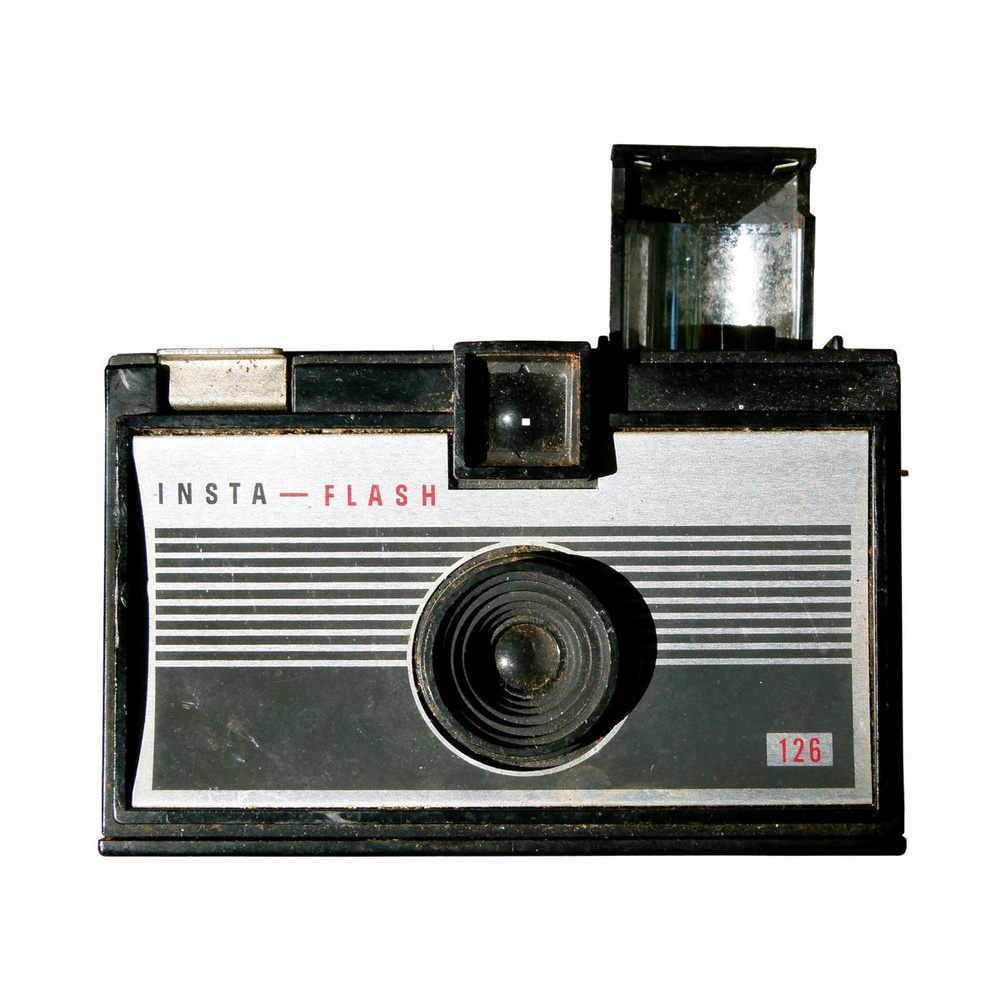 Vintage Eastman Kodak instand load cartridge film camera, the Insta-Flash 126. This camera used 126 cartridge film, is an Art-Deco design, and was sold from 1963 until 1966.