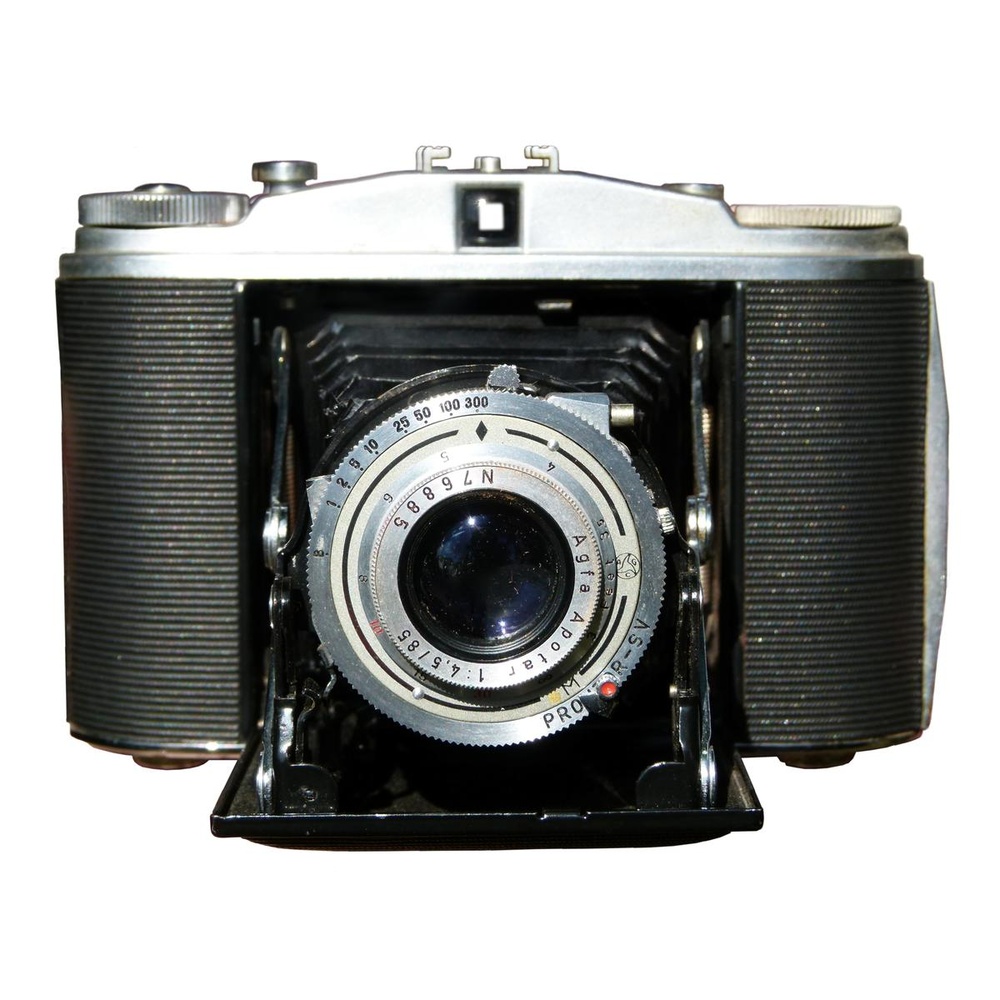 The AGFA Isolette III (Or Jsolette, as originally printed) is a classic folding camera made in Germany, circa 1940.