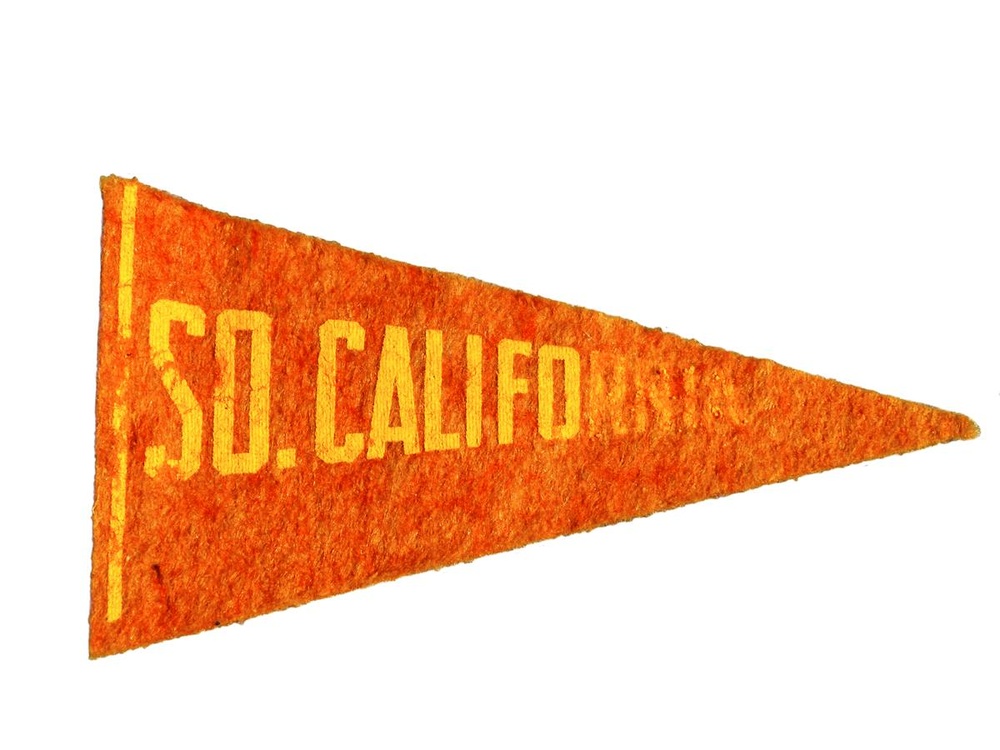 This mini Southern California pennant is 2x3 inches and came from a bubble gum pack between 1940 and 1950.