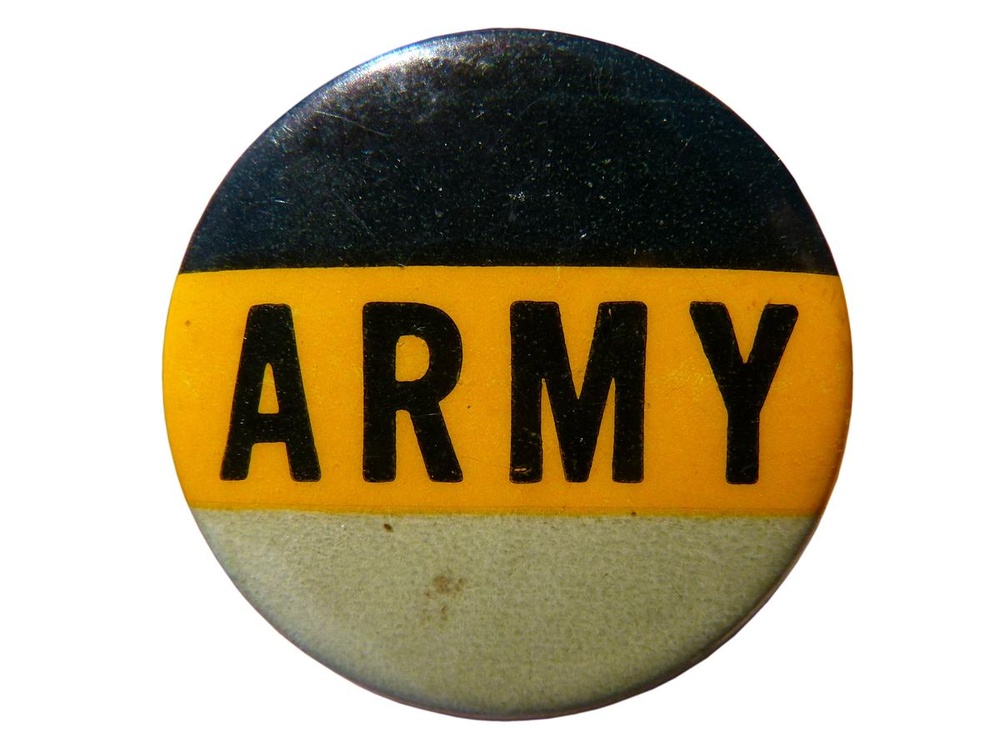 This classic Army pin hails from the 1960's and was used to show support of the American Armed Forces.