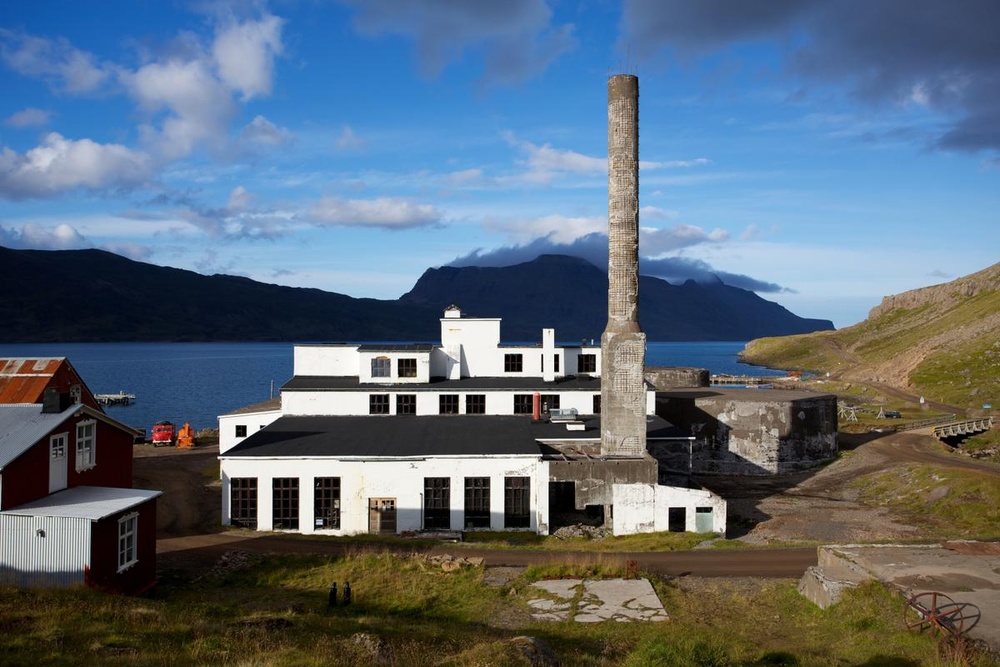 The old herring factory at Djúpavík, which was once the largest in Europe, contrasted against against a deep blue sub-arctic sky.