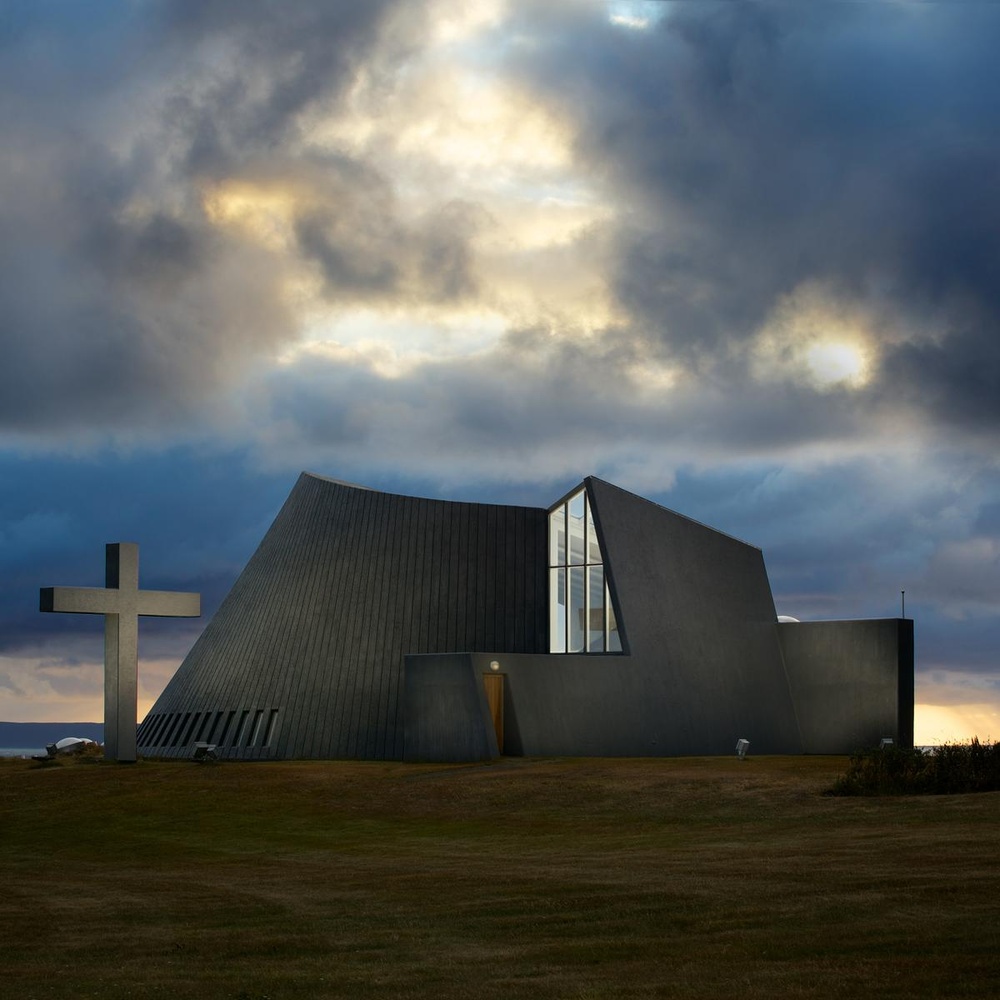 The church at Blönduós, Iceland, is situated on the top of a hill and is built to resemble an erupting volcano. A chance encounter with some perfectly-formed cloud formations led to the luckily-timed creation of this image.