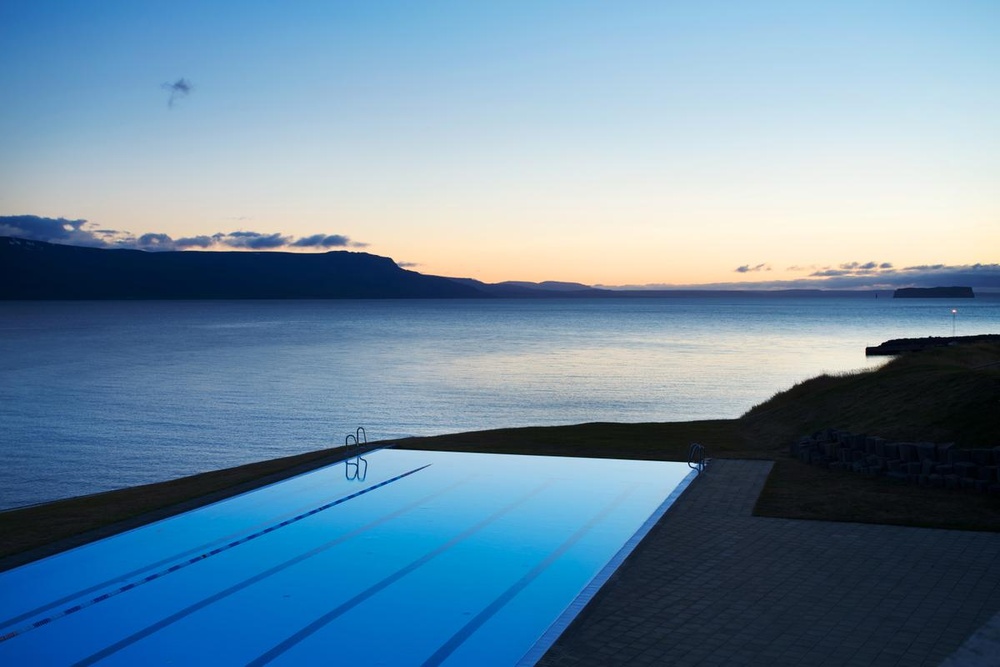 A geothermally-heated pool was recently constructed on the cliffs overlooking Skagafjörður in the town of Hofsós, Iceland. This was taken at roughly 11:30pm on a summer evening.