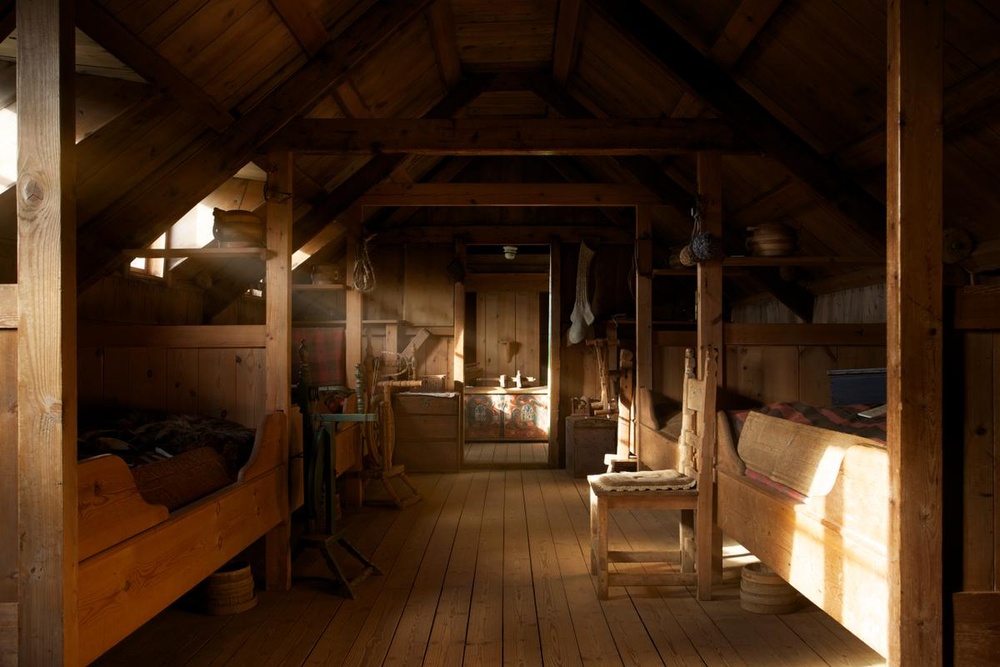 Sun rays pass through the restored farmstead at Glaumbær, Iceland. Glaumbær is a farmstead that was continually inhabited through the 1940s and is now restored as a historical monument and museum in Northern Iceland.