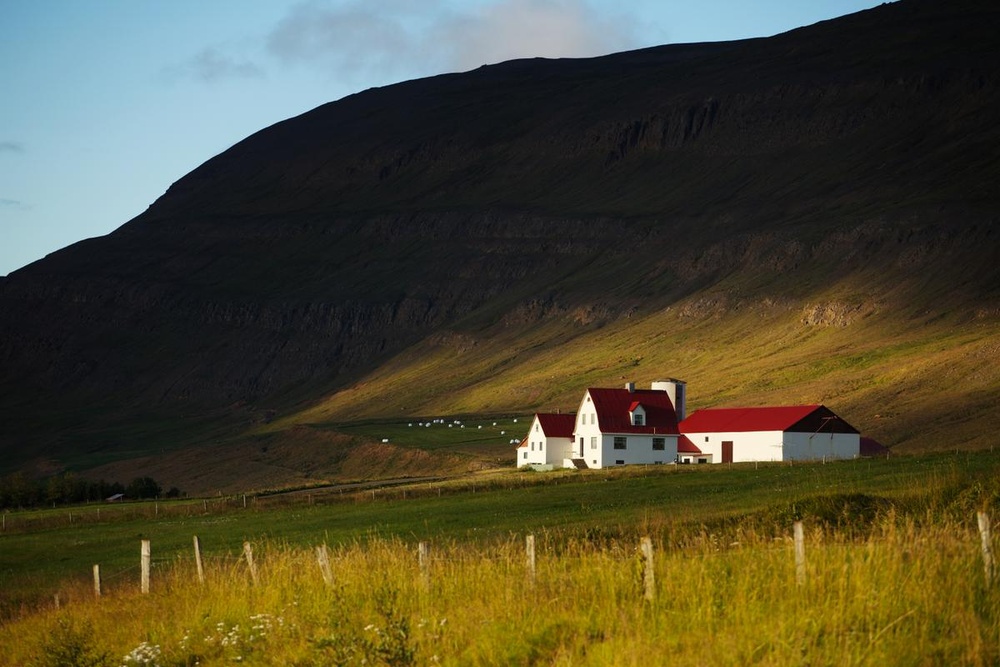 A farmstead nestled into the walls of a fjord in northern Iceland in the falling light of a late summer evening.