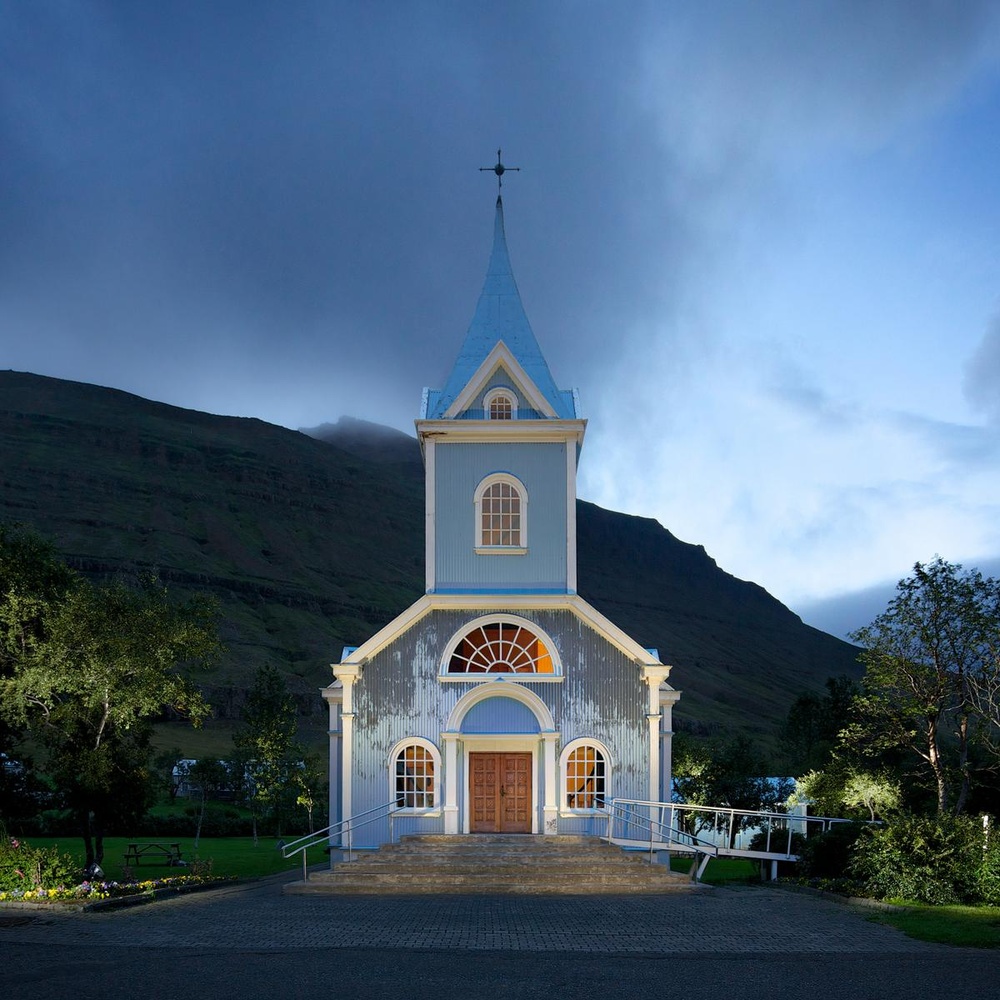 The iron-clad blue church in Seyðisfjörður, East Iceland, is contrasted against the walls of the fjord and an approaching stormfront during an Icelandic summer night.