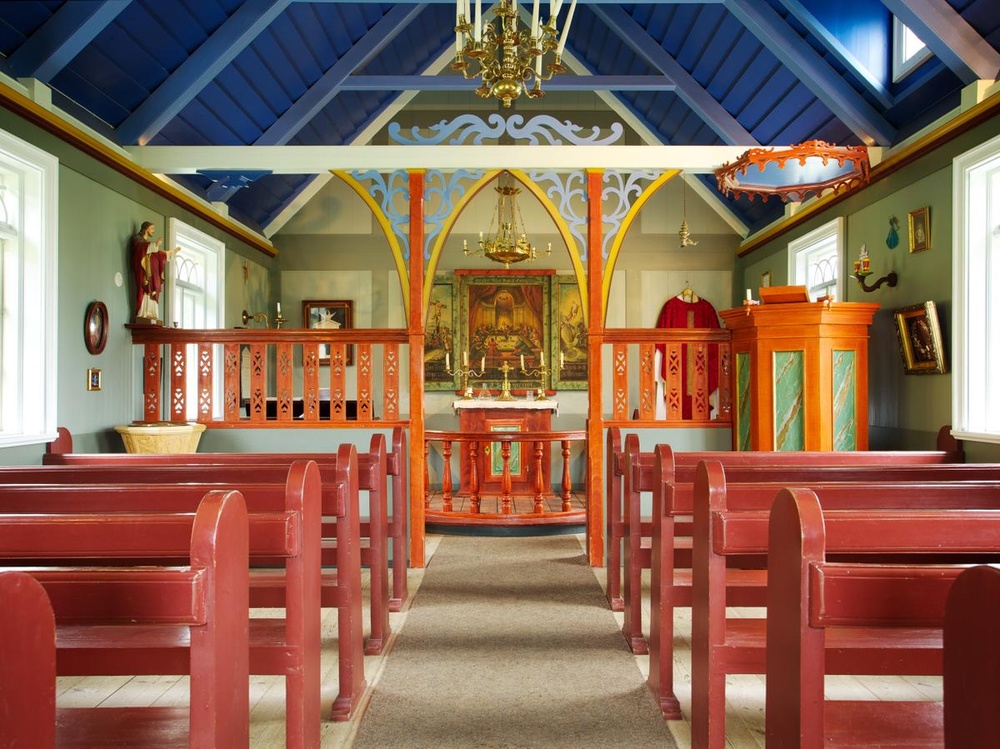 One of the oldest wooden churches in Iceland, near Skogafoss.