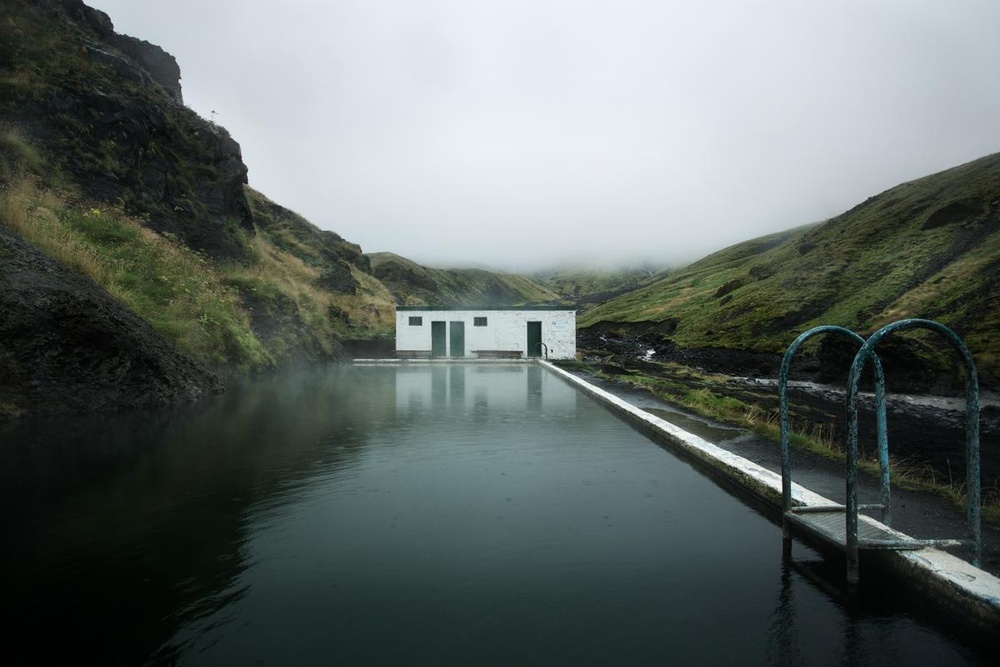 Built in 1923 by a local youth club, the pool at Seljavellir was for a time the largest in Iceland. Through the middle of the century, the pool fell into disuse and was eventually restored to working order in the mid-2000s. Built into the side of a mountain underneath the volcano Eyjafjallajökull, the construction takes advantage of a naturally occurring hot spring which trickles down the mountainside into the pool, ensuring warm water year round.