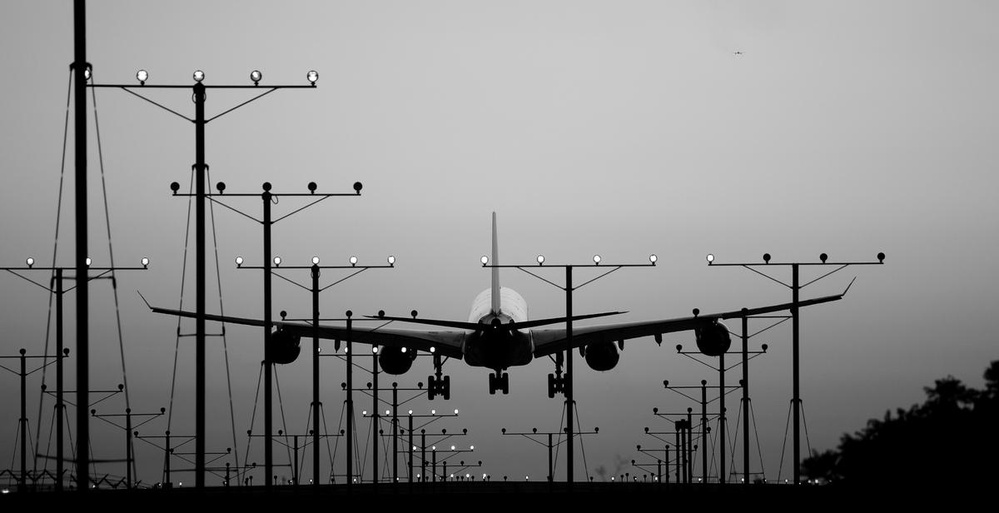 A340 clears the numbers at LAX