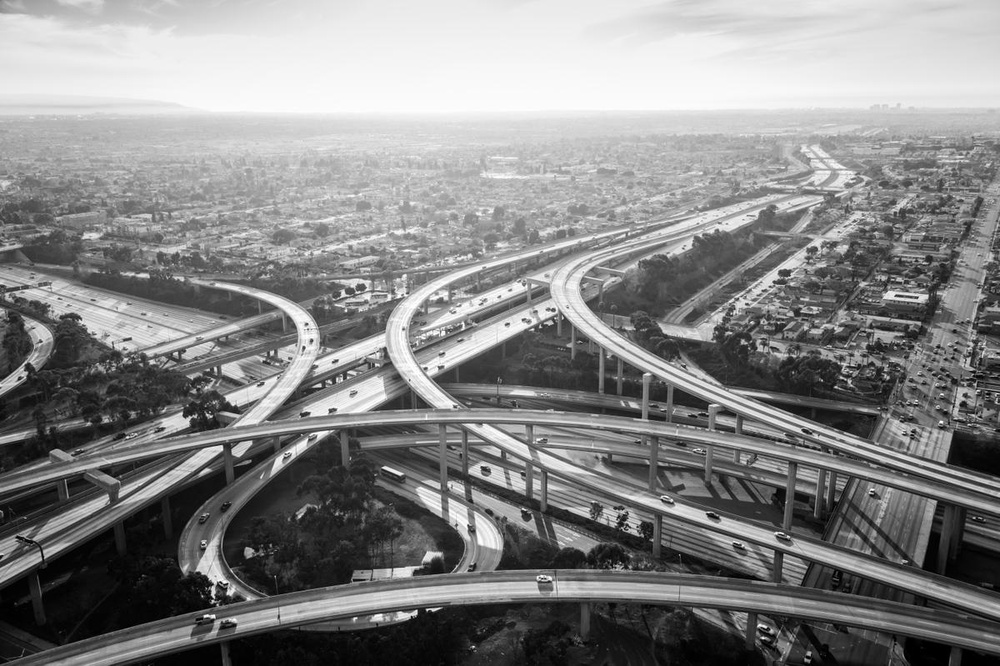 Freeway interchange in Los Angeles seen from above during a winter afternoon.