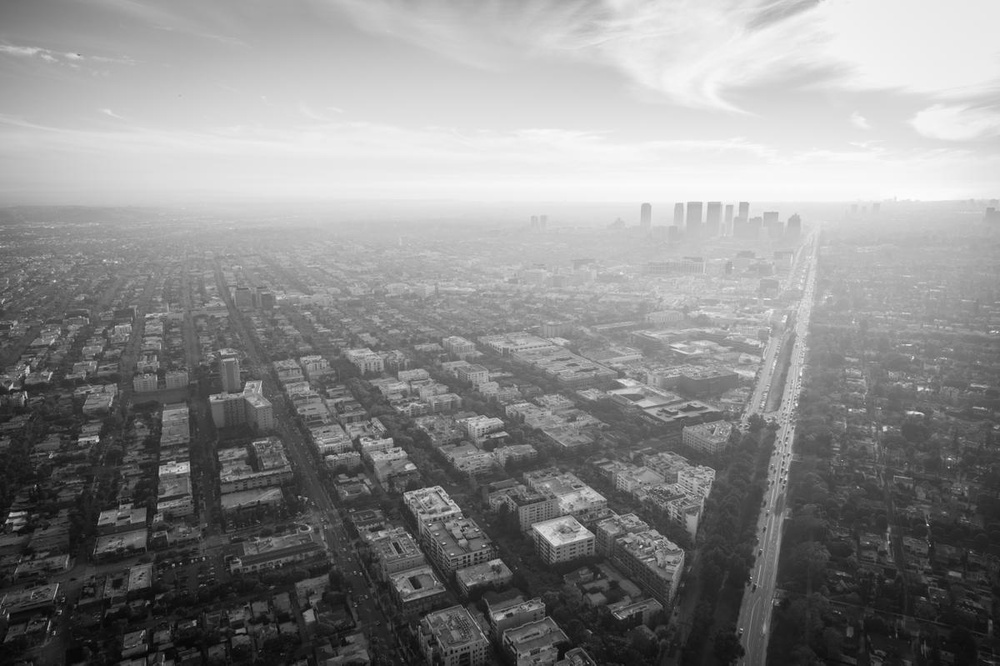 Santa Monica Boulevard in Beverly Hills, with Century City in the distance