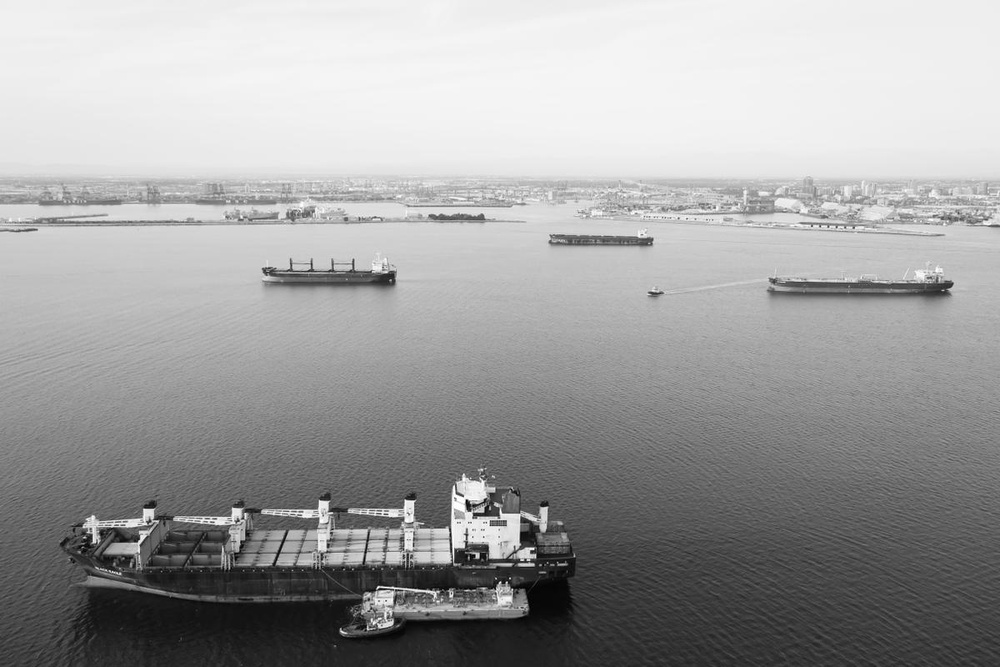 Bulk tankers float outside of the Port of Los Angeles