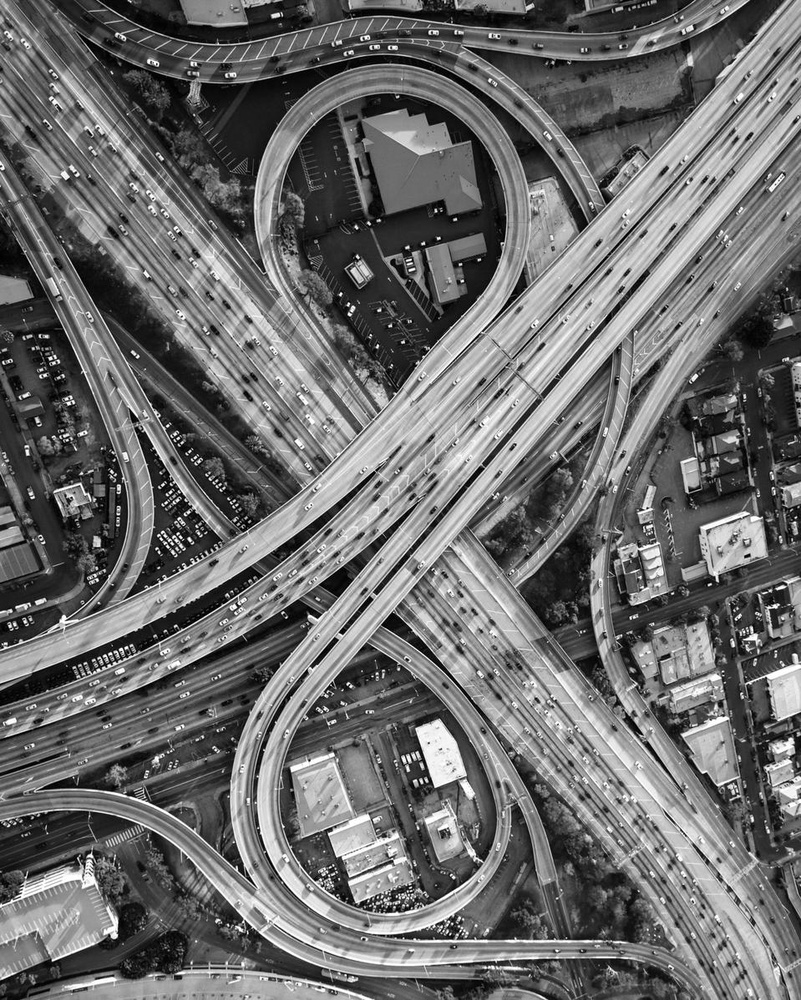 The 110 and 10 freeways in Los Angeles weave a tangled web of concrete when viewed from above.