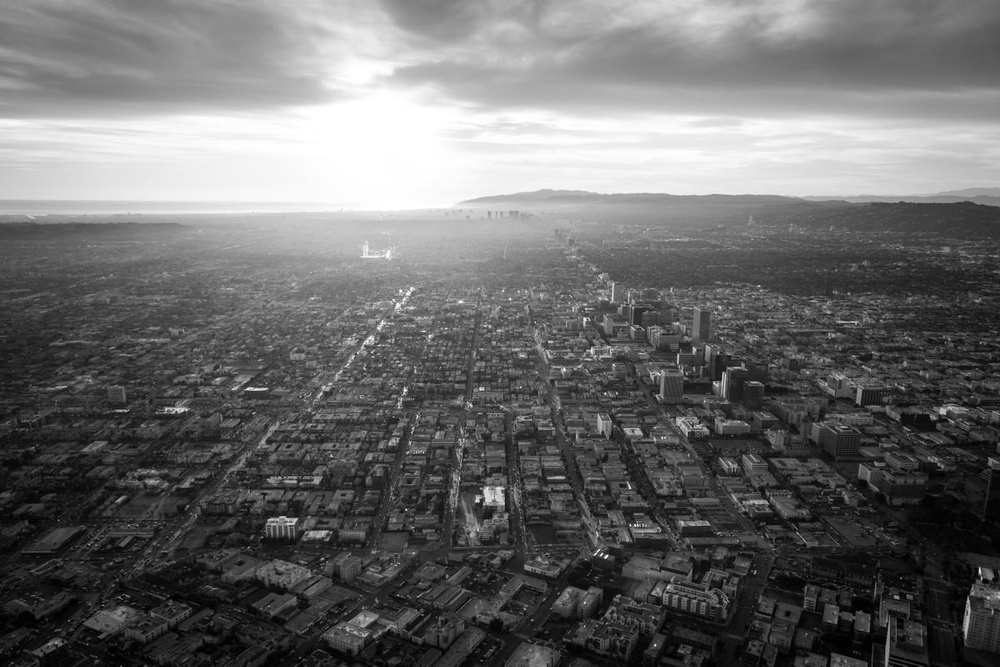 Wilshire Blvd underneath a growing storm