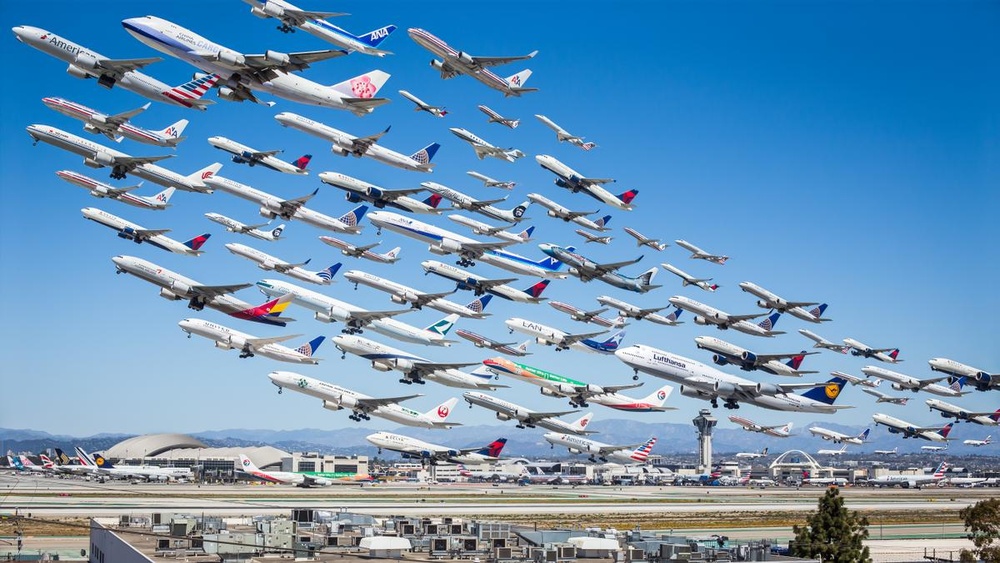 Every departure from LAX's South Complex and a few arrivals at the north complex have been captured and pieced together to create this image.