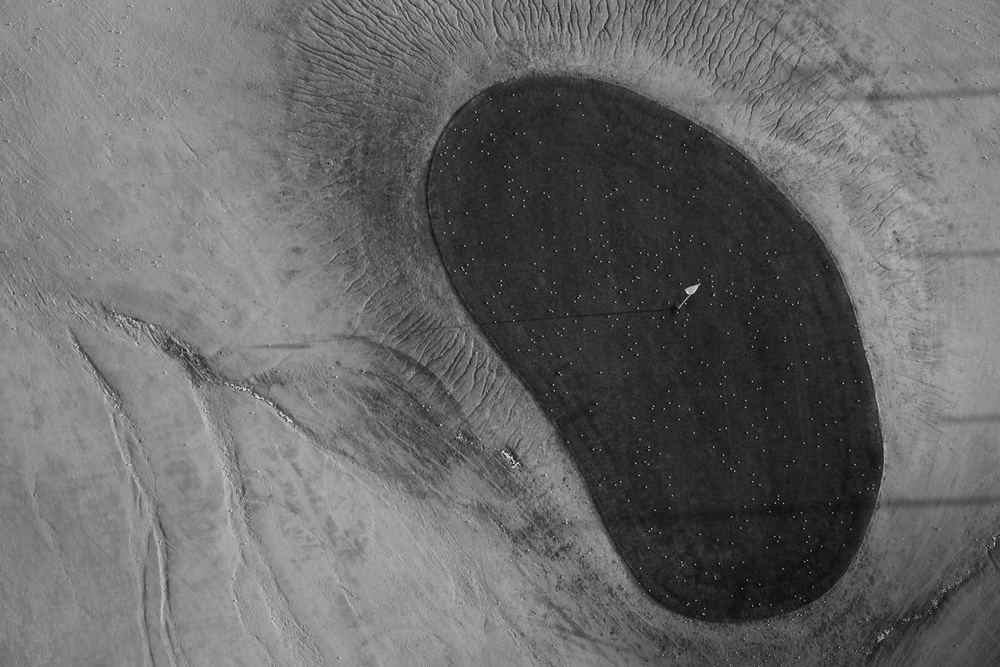 A driving range in Los Angeles shot from above