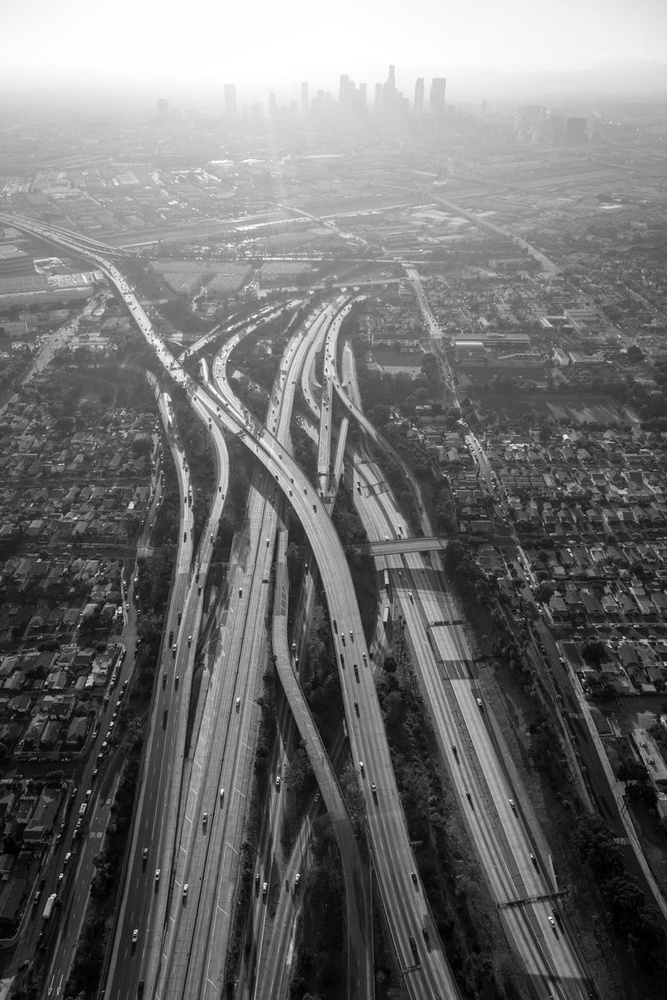 The Los Angeles skyline seen from the 101, 60 and 5 interchange in East LA.