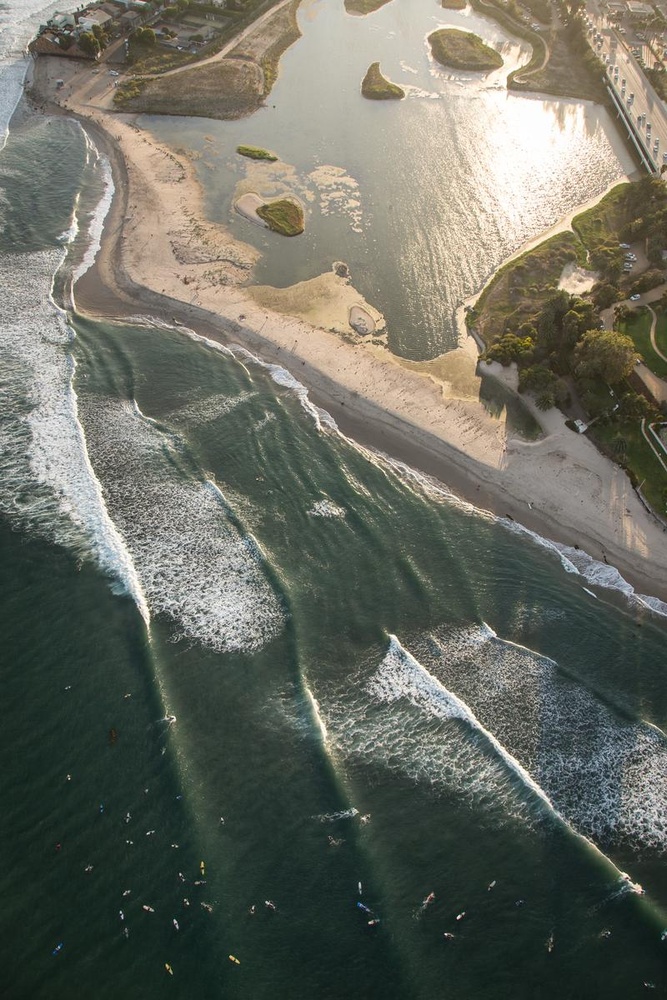 Surfers at Surfrider Beach in Malibu, CA, at sunset