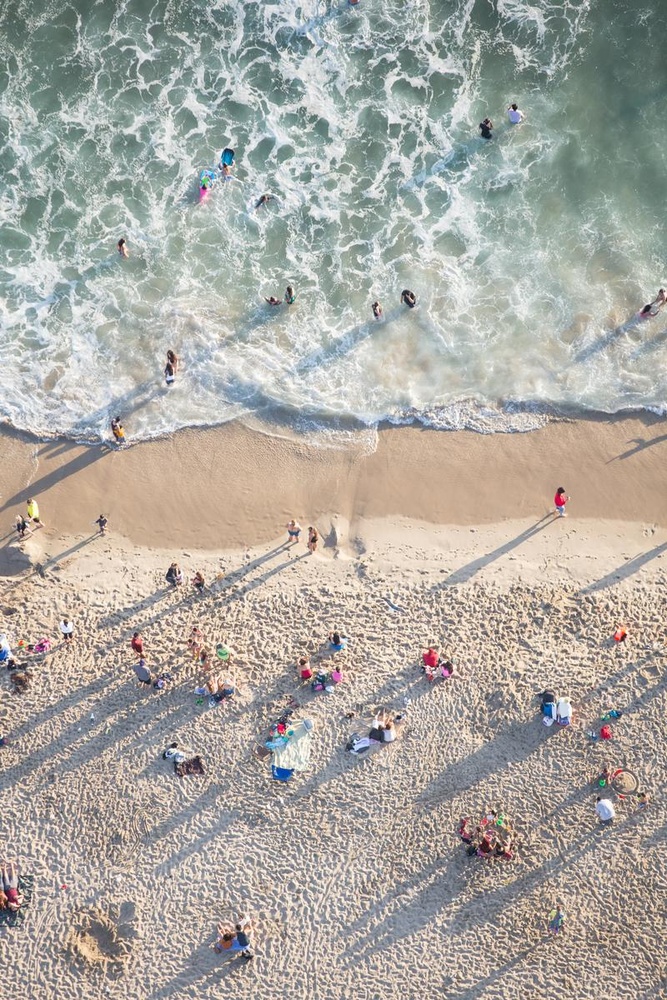 Beachgoers at Venice Beach in California at Sunset