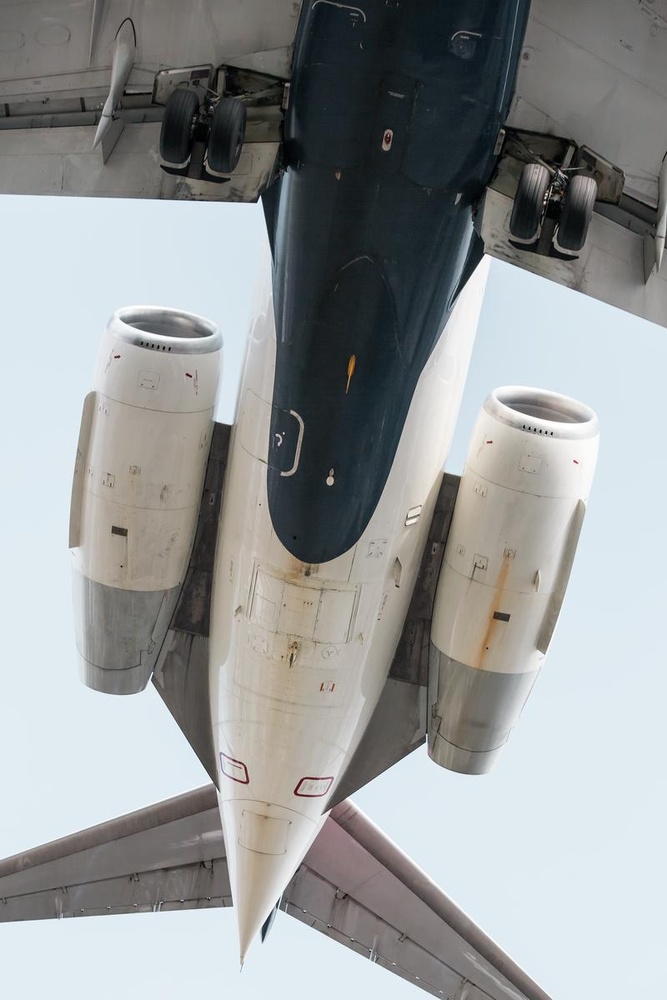 A jet approaches LAX international airport on a late afternoon