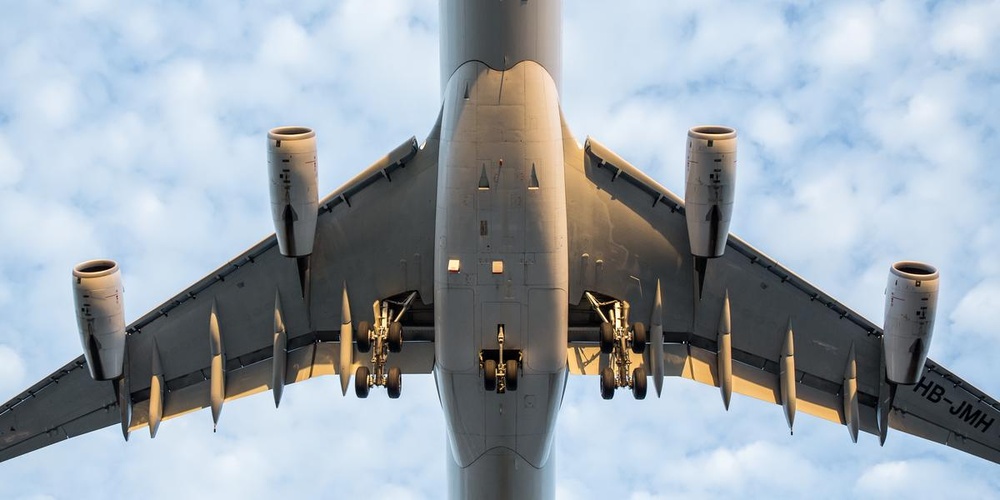 An Airbus A340 approaches LAX international airport in late afternoon.