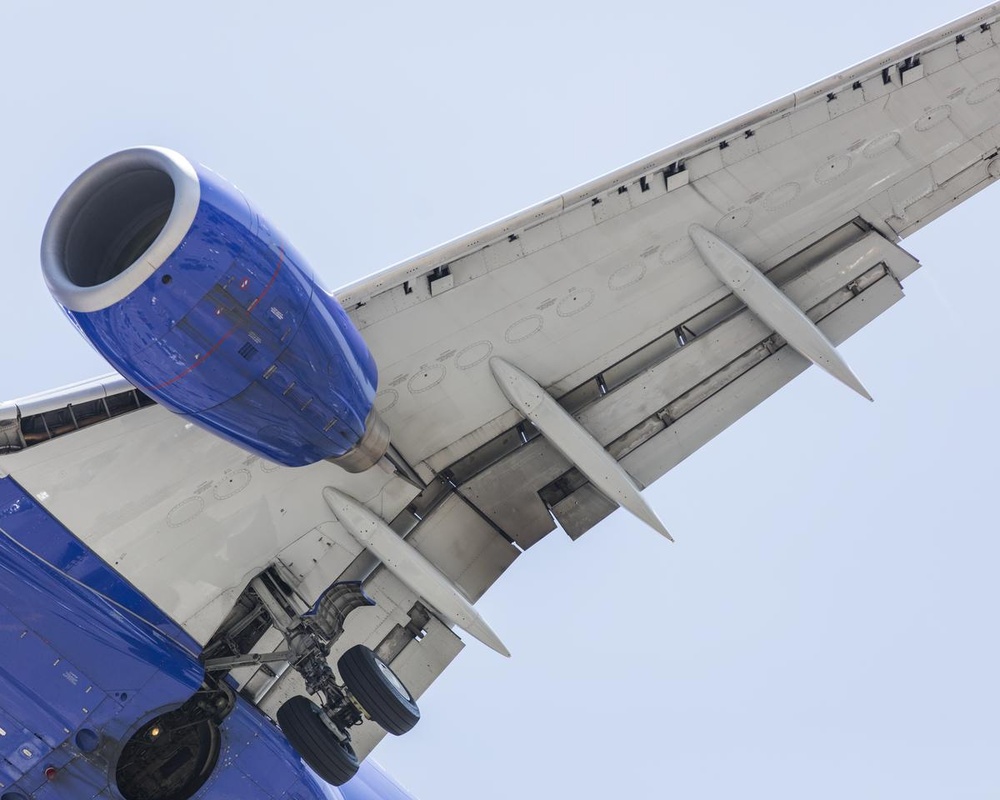 A Boeing 737 moments before touchdown.