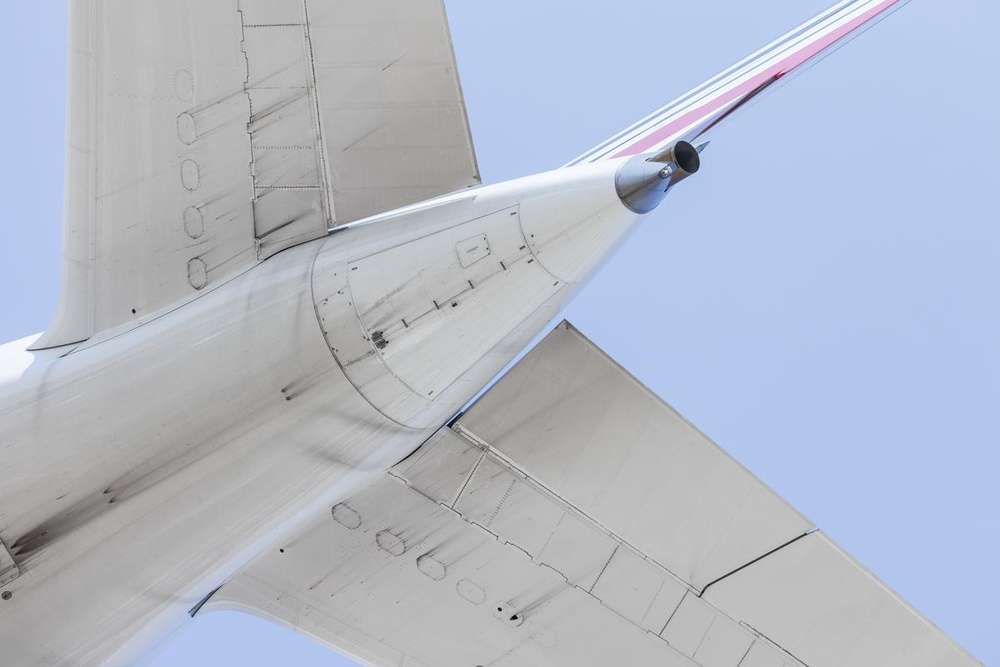 The tail of an Airbus A380 on final approach.