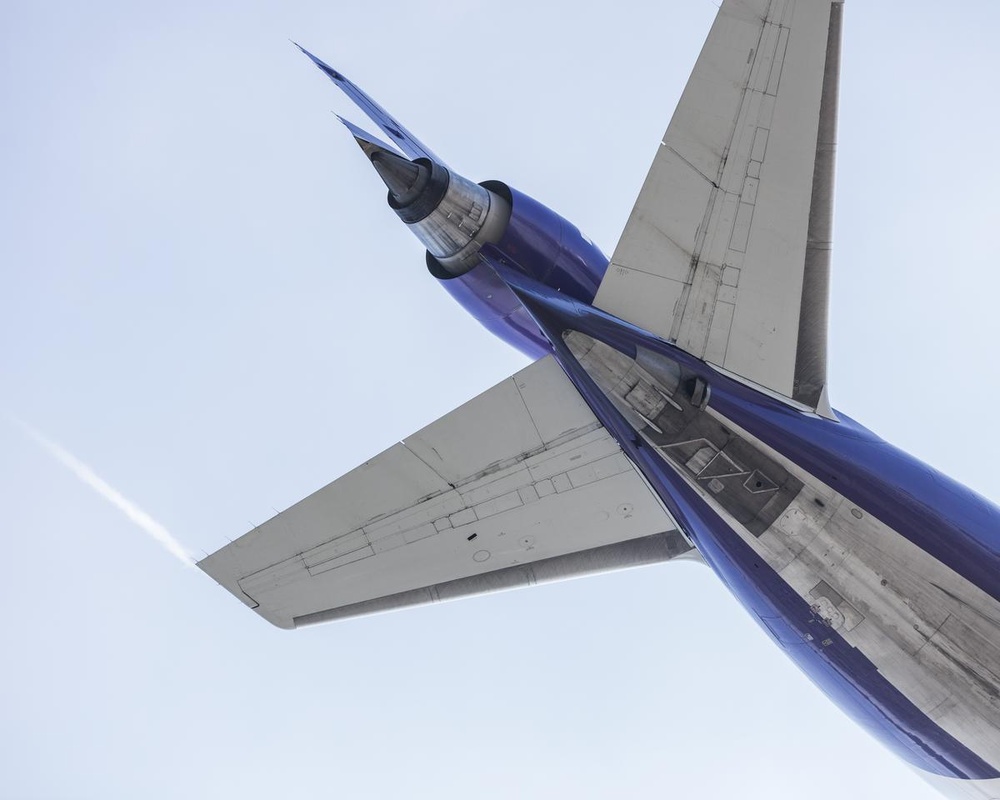 The tail of an MD-10 cargo plane leaves a streaking wingtip vortex through the sky as it approaches the threshold of the runway.