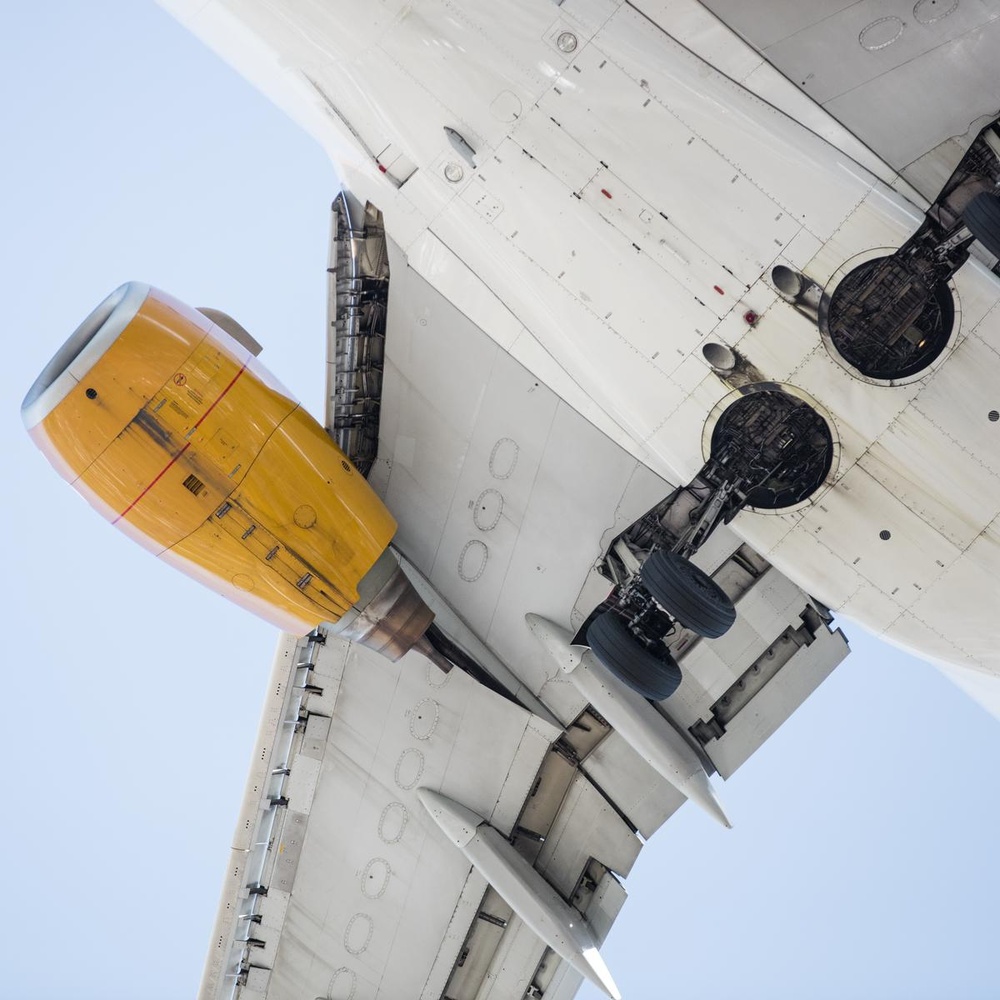 A 737 operated for British Airways by a foreign competitor lands at London Heathrow airport.