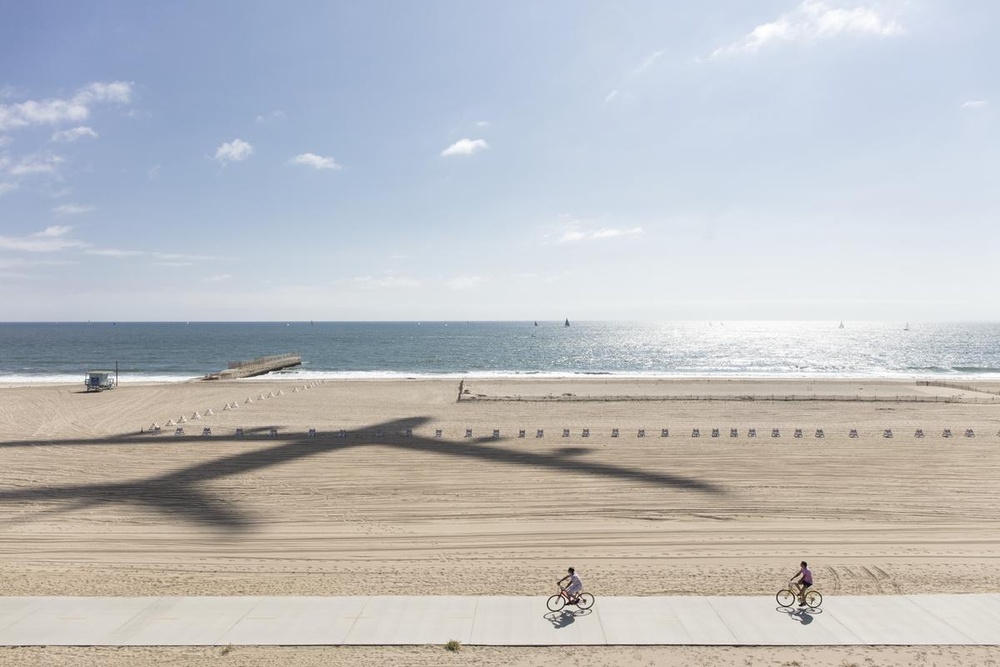 An Airbus A380 crosses over the cordoned-off nesting site of the nearly-extinct Western Snowy Plover at Dockweiler Beach in Los Angeles, CA