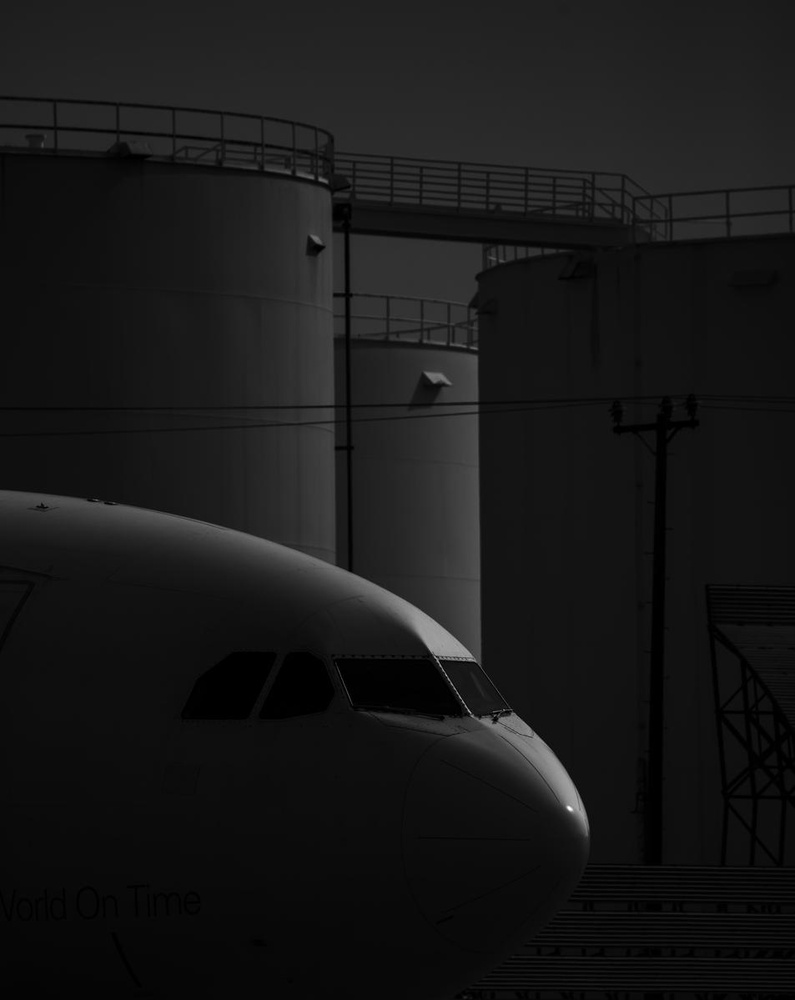 An Airbus A300 at LAX; parked in front of bulk fuel storage area. Photographer under the smoke of Woolsey Fires in late 2018.