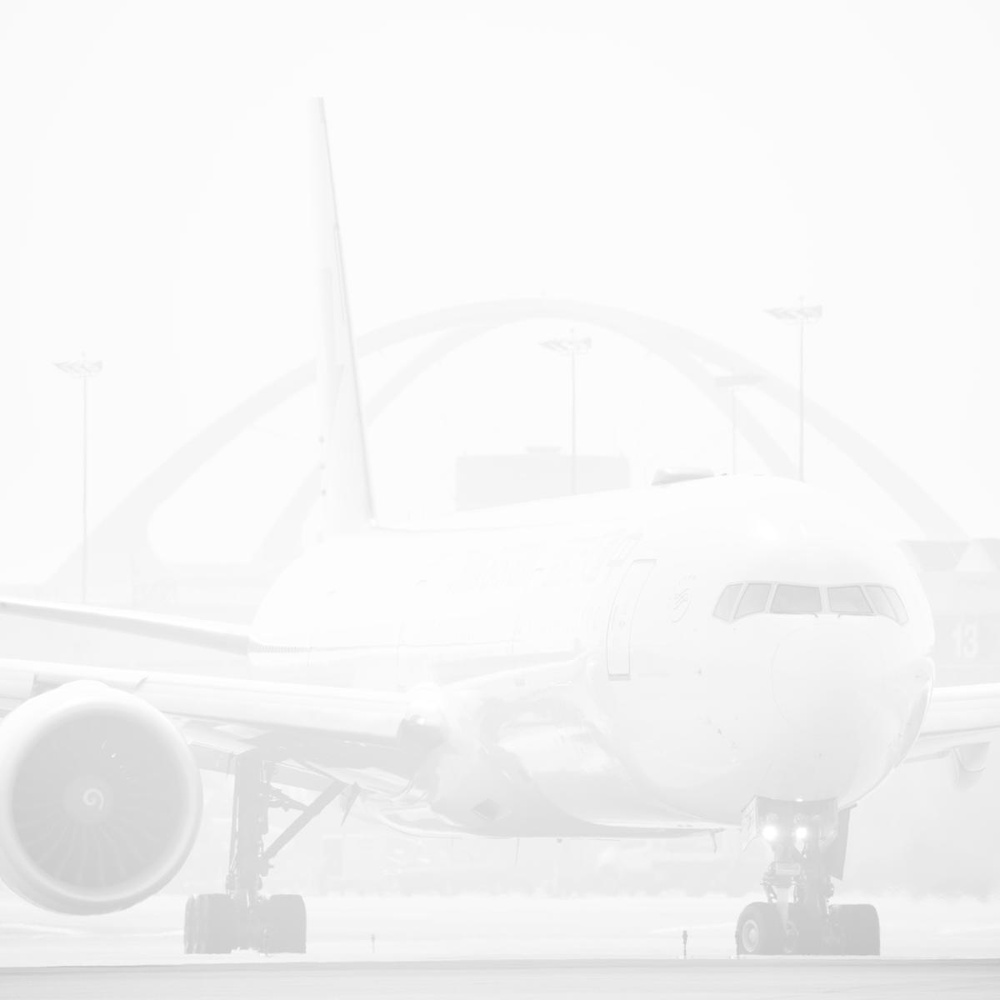 A Boeing 777 at LAX; photographed under smoke from the Woolsey Fire in late 2018