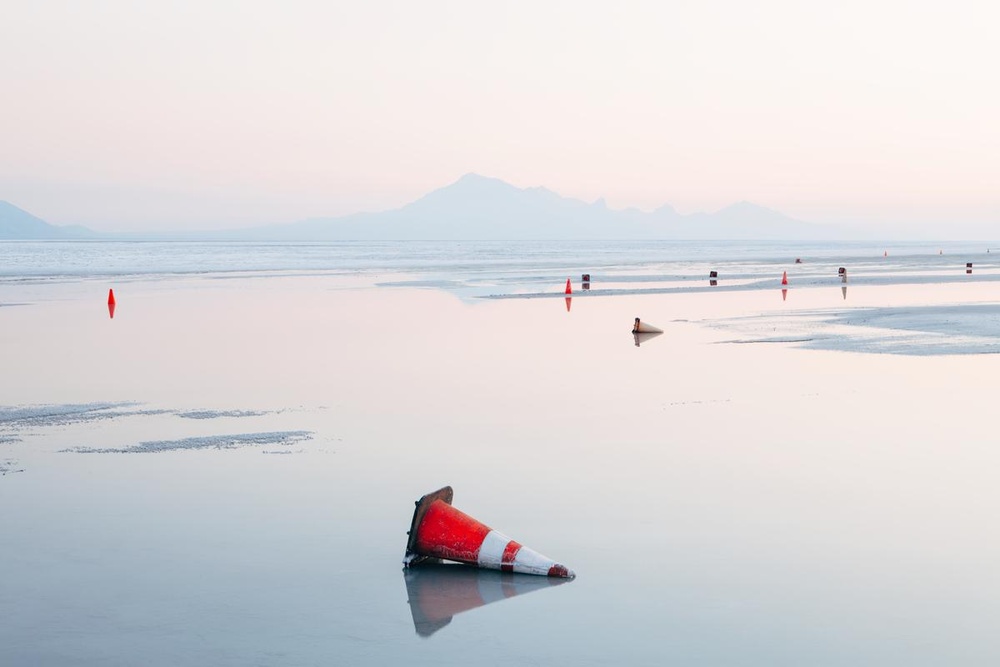 Photographed during Speed Week on the Bonneville Salt Flats in Utah, occasional summer monsoons can flood the race course and postpone or cancel the events. In this photograph at dawn, a large storm system the previous night caused major flooding on the playa and resulted in miles of shallow standing water. 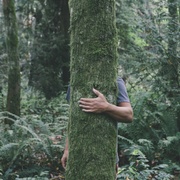