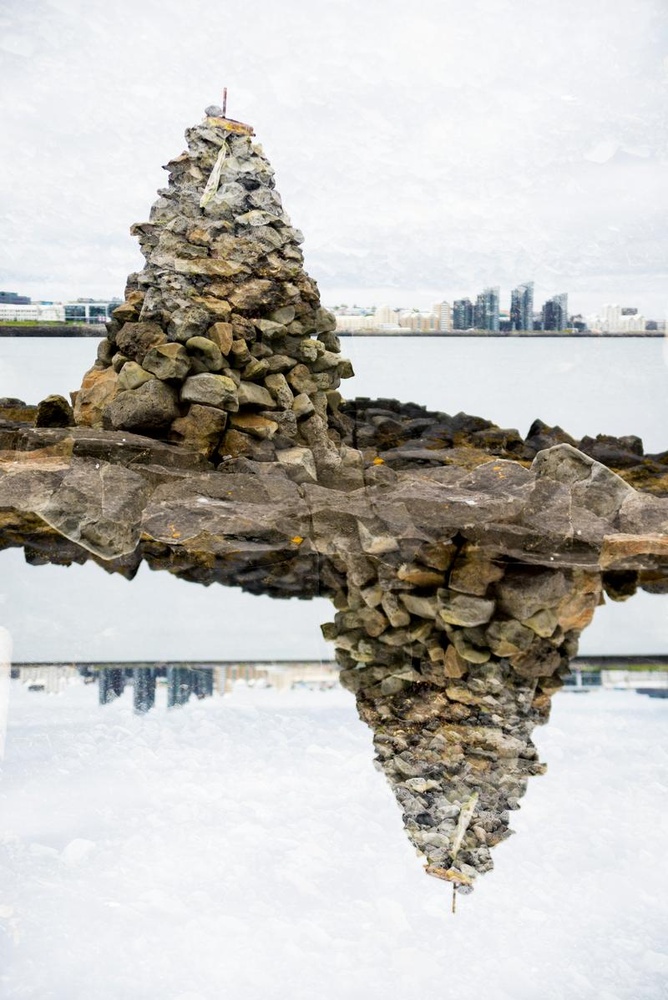 I stumbled upon Hrafng's house while walking around the bay next to Reykjavik. It is both an amazing handcrafted house with large metal objects arranged and welded together in sculptural shapes, as well as a last place of power for contemporary worshippers of the old Norse gods. Both the spiral and circle
keep returning as powerful symbols in all the setups which look different in low and high tide when the water washes over them.
I became friends with both the movie director Hrafng (Raven) that built the house and Youssef, a homeless man sleeping in a
nearby boatshed, who claimed to have the most carefree life collecting tin cans for money and looking out over the bay every
morning and evening. It was a magic place to visit and I am happy I got to return a few times to say hello to it's people.