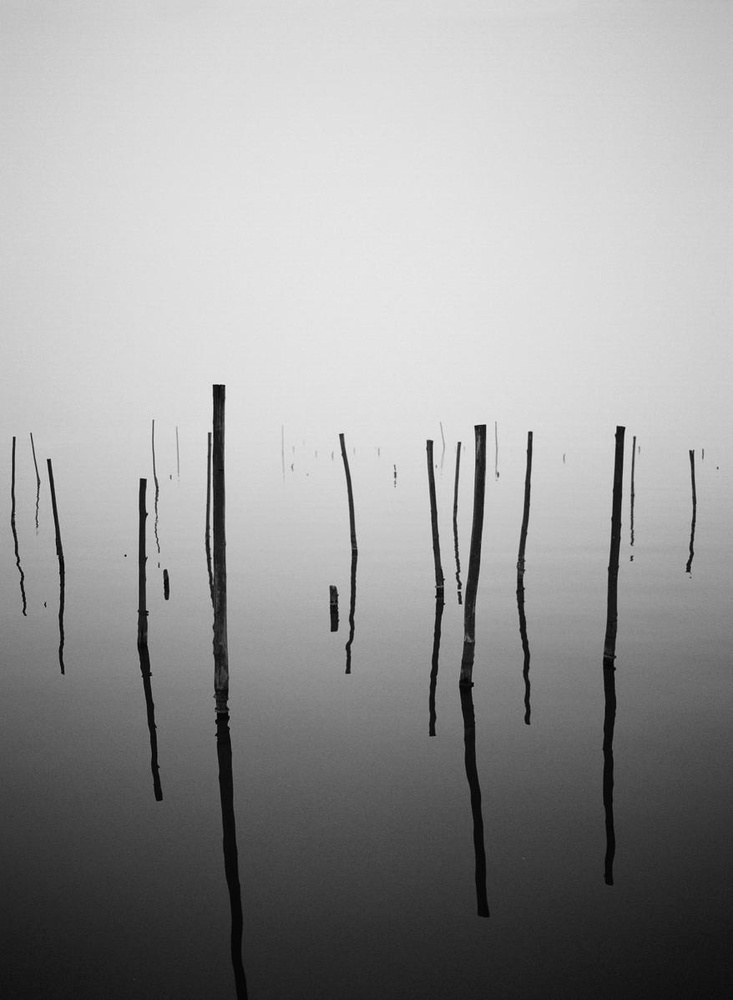 Sticks poking out of the edge of a lake blanketed in fog in Hanoi, Vietnam in 2012.