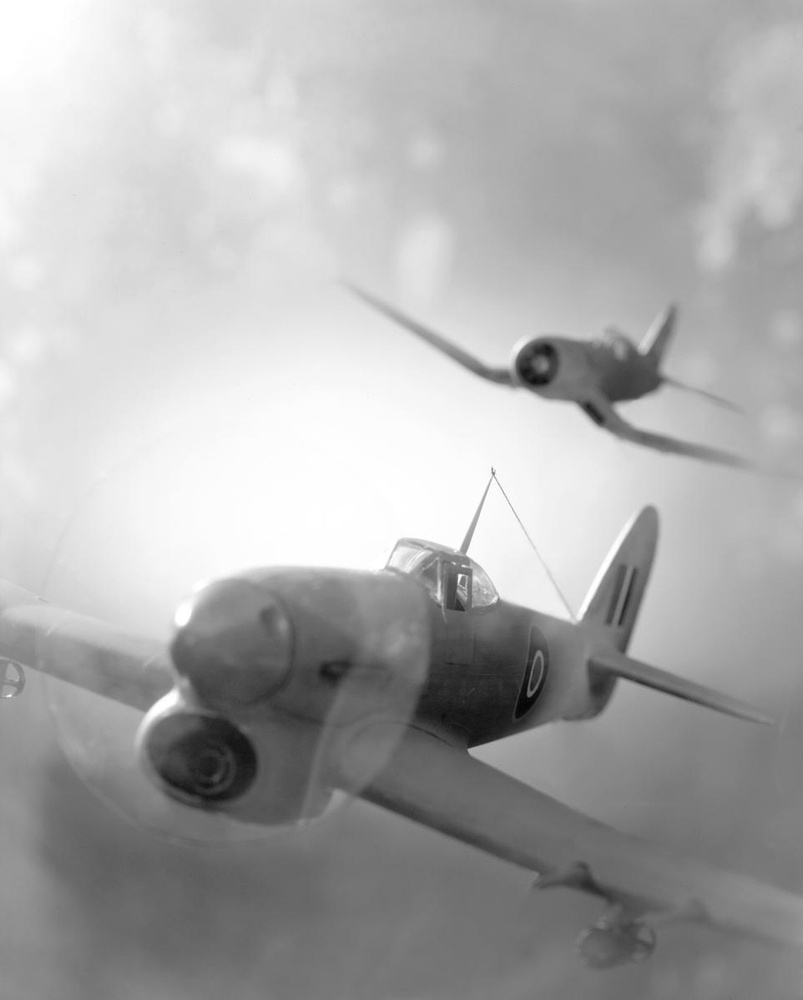 Model airplanes built and shot through treated glass in studio by Aaron Delesie.