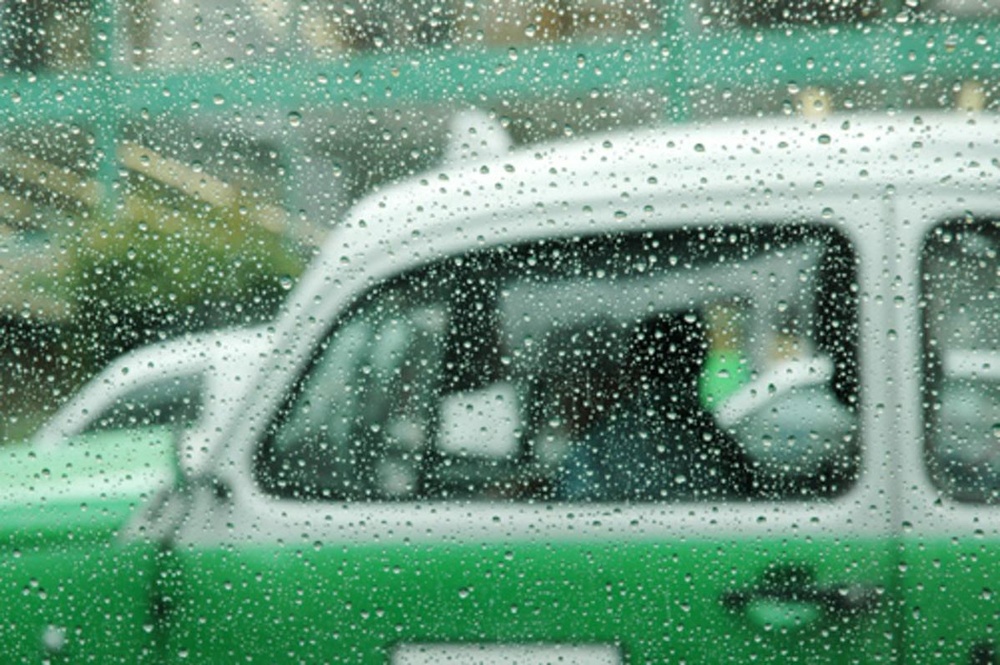 seen through the rain a classic volkswagen evokes nostalgia