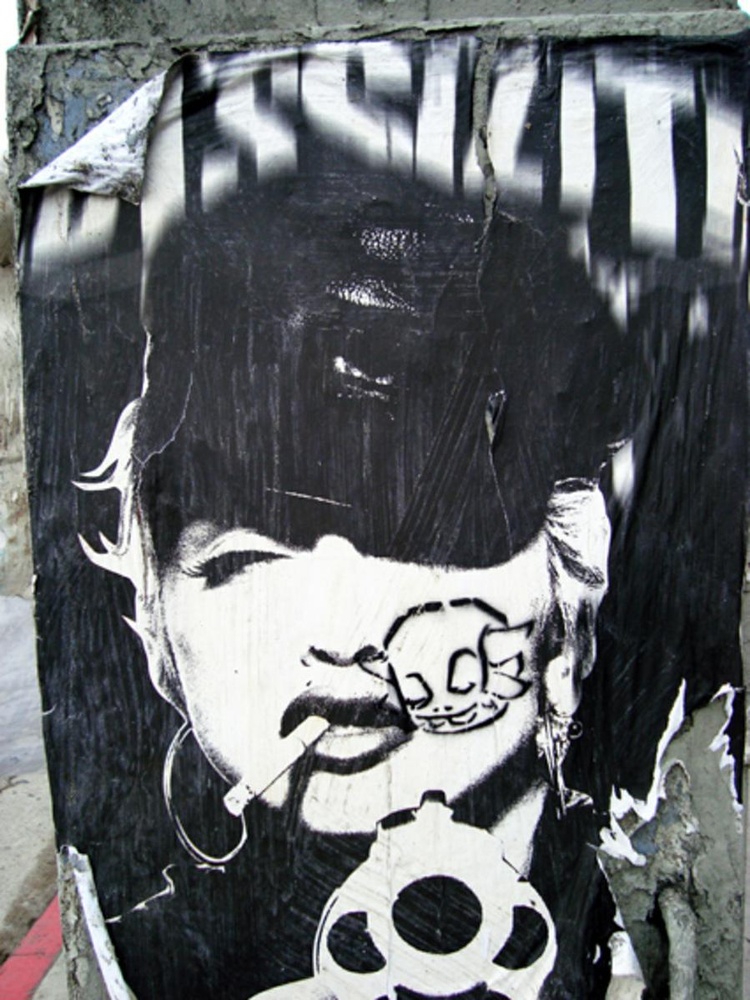 founf graffiti on the street asaults the viewer