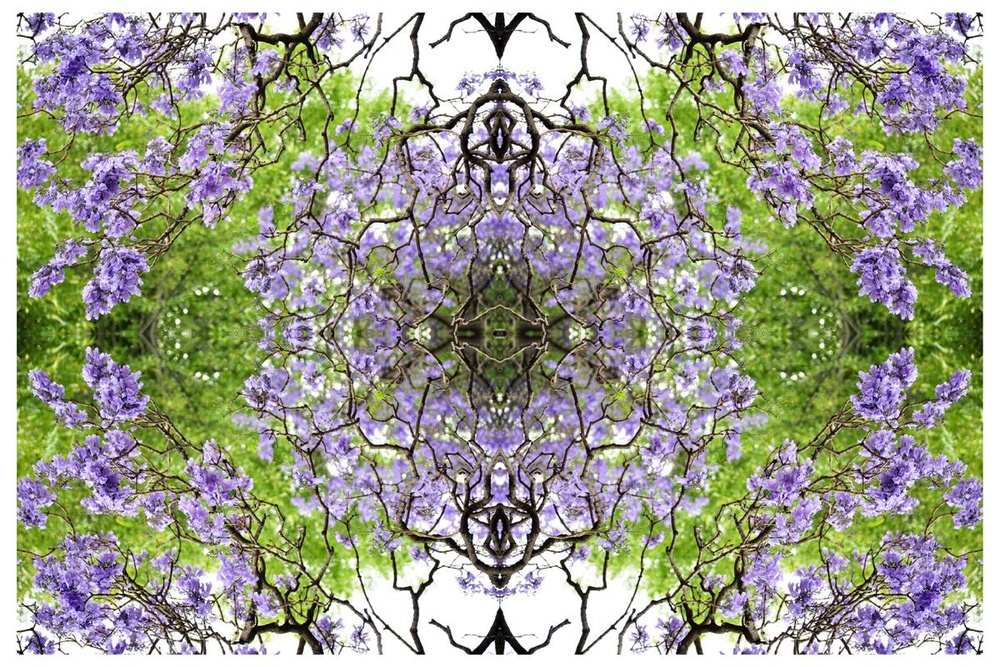 Using both my favorite colors and the symmetry of trees I create imaginary puzzles and landscapes that mimic constellations or old tapestries.