Beach Amongst the Fog - Santa Monica 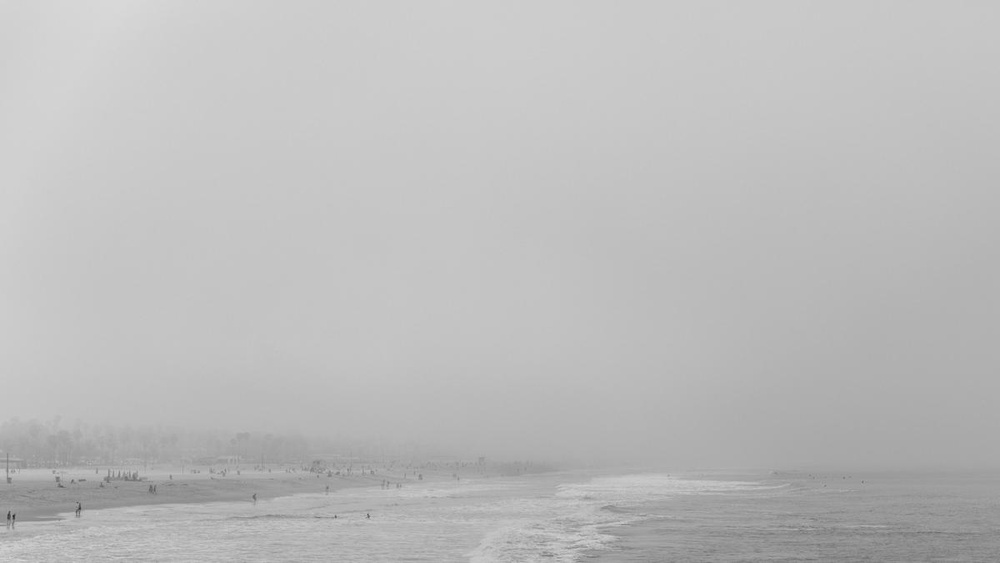 Jin-Woo Prensena is a fine art photographer specializing in large-scale fine art and aerial photography. His focus on simplicity in large-scale displays is designed to trigger emotion and provide escape from the viewer's daily routine. Prensena, who was raised in Germany and is of South Korean descent, has been living and working in Los Angeles for the last 20 years. In a previous guise as a top Hollywood handler, Jin-Woo began taking pictures while on location and quickly amassed a clientele among Hollywood celebrities and studio elites. His passion for shooting under challenging conditions has resulted in unique images such as breath-taking helicopter shots of icy riverbeds in the Icelandic highlands, glimpses into underwater shark cages located several days’ journey into the Pacific Ocean, and hidden moments deep in the deserts of Southern California. 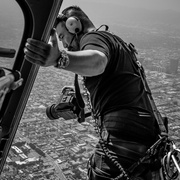