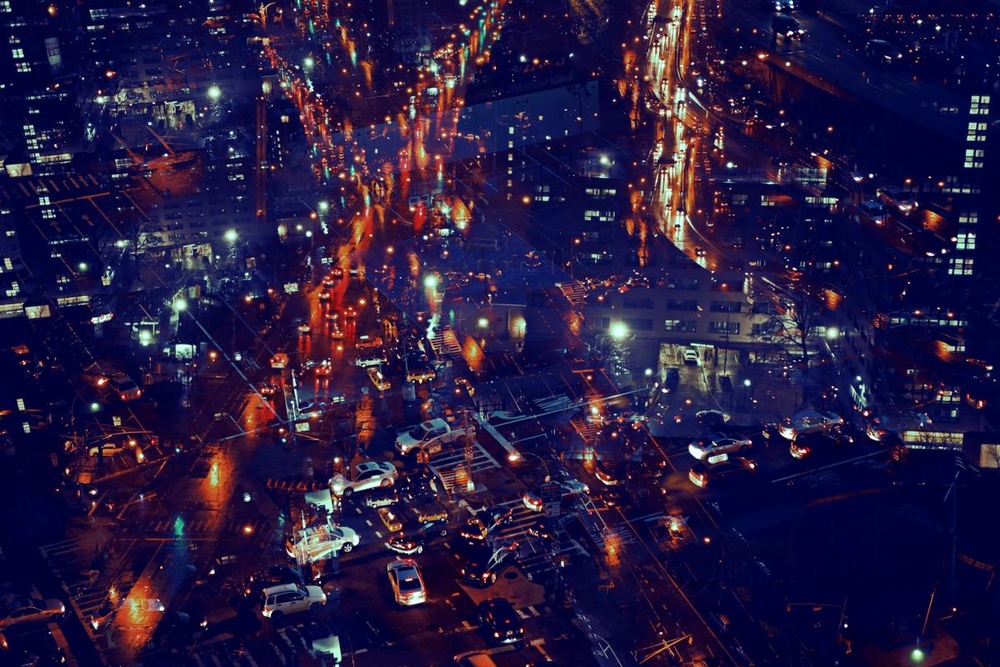 I used to live on the 27th floor in a beautiful apartment located on the upper east side of NYC. It was also my photography studio. I had a lot of time to experiment with night photography and controlled multiple exposures. At the time, I was inspired by the profound theory that the past, present and future all exist at the same time and wanted to express this in an art work. I came up with the idea that all our paths in life, literal and figurative, overlap and criss-cross and ultimately create a pattern in our subconscious, which impacts our conscious life and the choices we make day to day.