‘No entry'; 'access strictly prohibited’; ‘trespassers will be prosecuted'; common sights on perimeter fences around many of this country's forgotten buildings or abandoned industrial sites. In some cases warnings of the potential dangers contained within or an ineffective deterrent against thieves and vandals. To the urban explorer / photographer these signs are the proverbial 'red rag' and serve to whet the appetite for the promise of hidden wonders that may lie beyond.
For those that ignore the warnings and climb the fences, what awaits is usually worth the risks. Vast industrial spaces that feel more like an alien landscape or a poignant residential setting slowly surrenders to the inexorable advance of nature. Places once alive with sound and movement, now silent and still but no less sensory. Immense and powerful beauty resides in these forgotten places.
For some, just getting inside a location to experience this alternative form of sightseeing, is enough to satiate the desire to go where the powers that be tell us we shouldn't. But for others there is a need to capture the spirit of a location in words and pictures, giving others a metaphorical ‘leg-up’ over the fences and to walk them through the debris and rubble. I fall into the latter of these groups, travelling regularly to places in the UK and in Europe, seeking out vast power stations and their cooling towers, steel works, mines, bunkers, tunnels, schools, engine sheds, hotels, castles and a myriad of other buildings. All have their own stories to tell in a variety of voices, and without the distraction, sounds and people who inhabited them, those stories are clear and strong and the character of the building is laid bare.

My photography has been featured in the UK national press and magazine publications. 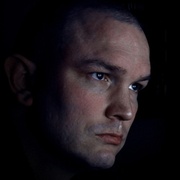