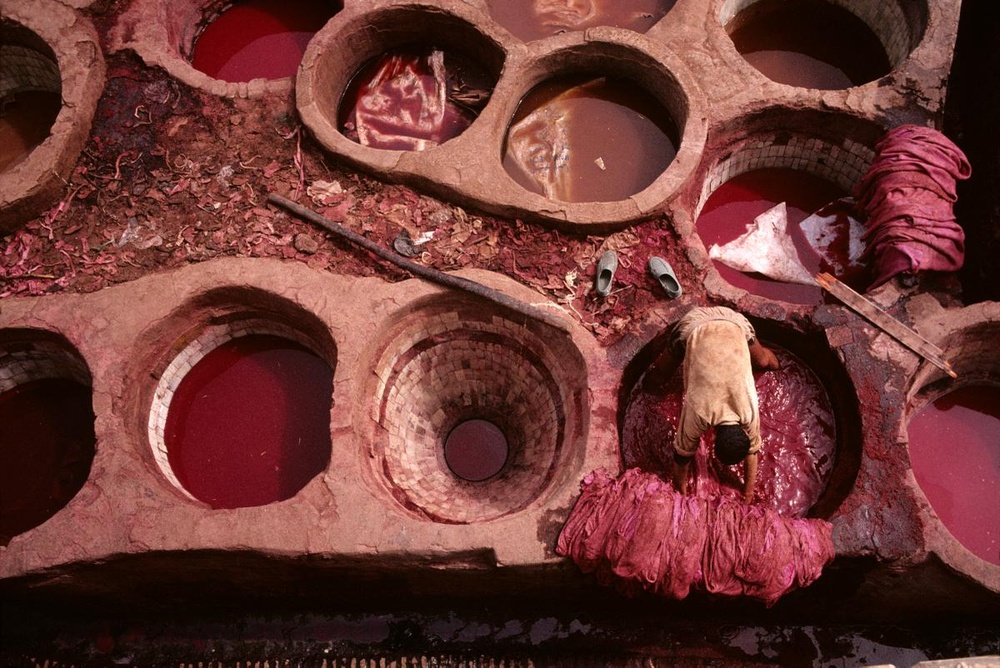 For the most part, I travel alone. It's been tough on relationships, and it's often lonely and demoralizing. After all these years, I still feel like a dork sitting alone in restaurants at the day's end. However, it's also the best way to get out of your comfort zone and actually experience the strangeness and wonder of a new place. Traveling with a group ensures security and a cozy blanket of insulation between you and your surroundings. As soon as there's more than one of you, it becomes about group dynamics and not the place you're traveling through.

I once photographed the leather tanning pits of Fez in Morocco. It's tough, smelly manual labor that earns the laborers a modest but reliable livelihood. It's also incredibly visually compelling. Though the nearby shops offered viewpoints overlooking the scene, I made my way down into the pits to find an aerial view of one of the lower pits. I tried out my meager French language skills, smiled a lot and maintained eye contact. I was greeted warily, then welcomed heartily. I got my shot, not one the tourists would have gotten from the safety of their tour bus.