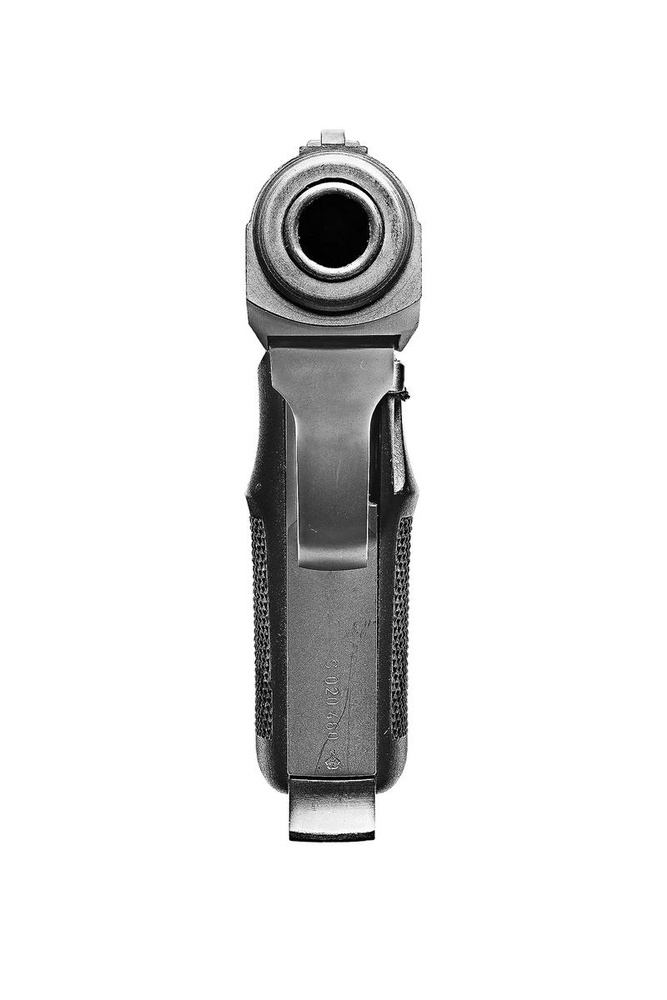 Ongoing series capturing handguns of the world in extreme detail. The images are a photographic ode to Robert Longo's Body Hammers charcoal drawings. These photographs are not intended as a political statement, despite proving a forum for conversation. Rather, they study the technical and scientific elements of guns, highlighting the underlying beauty in their design.

“We have always been fascinated by handguns and what they represent: ultimate power and personal protection. We decided to photograph them as you might photograph a powerful person. As we started shooting them we could see flaws in their construction. These imperfections interested us, connecting us back to these images as “portraits”. We want people to look closely and examine the flaws and imperfections of something so powerful, so dangerous”.