Bo G. (b. 1959) is a filmmaker working in video, sound and photography and he is primarily concerned with questions about time, identity and the secret language of buildings.

Since 1991 he work as a civil servant (as Deputy Chief County Heritage Advisor) at a County Administrative Board 100 kilometers south of Stockholm. This daytime work involves different aspects of restorations of old buildings such as manor houses, churches etc.

As a filmmaker and photographer he is an autodidact. In his twenties though, he was a member of a local film association where he made some movies. In 1983 he was involved in a bigger project at Stiftelsen Filmverkstan (then with financing from the Swedish Television Company and The Swedish film Institute) but the project never concluded. In 1999 he started a website called Dr. Bose Net with texts, photos and some short films. Since 2007 he produce his own short films, photographs and elecronica.

Photographs published in the book Stockholm, My Love. Photohome 2011.

Selected photographs available in the book Point of View. Print on demand (POD) 2011. 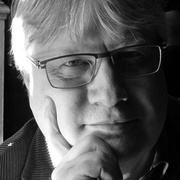