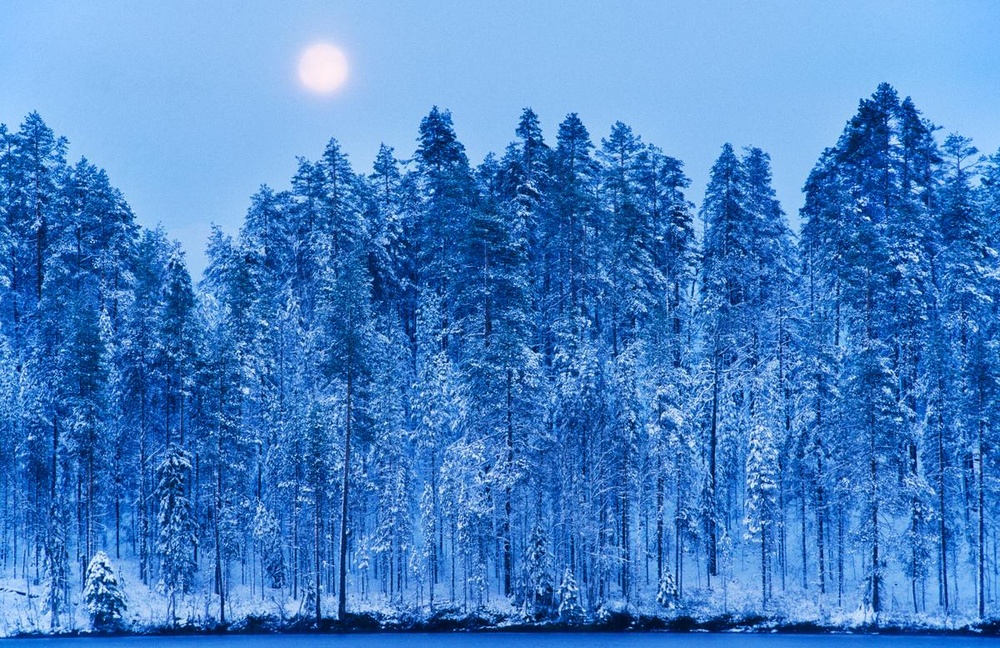 Taken on my final day of a 2 week trip to Finland photographing owls and bears. We had just rowed back across a lake from a night photographing bears from a hide when I turned and saw this scene. It was quite literally my final image as the cold had sapped the life out of the camera's batteries!