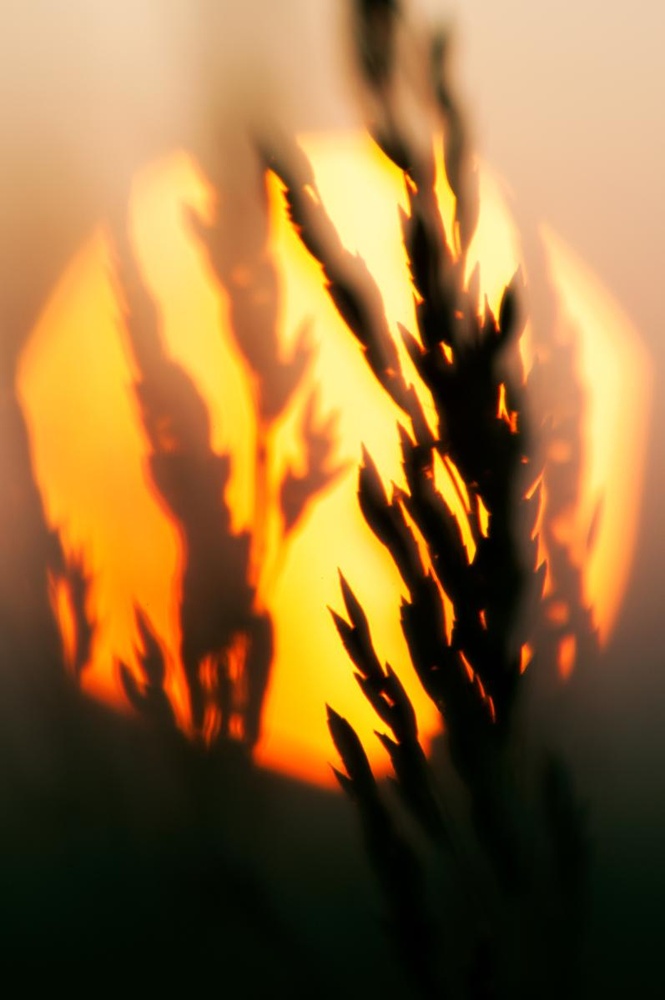 It was a warm spring evening on the marshes of North kent, England, when I noticed these delicate grass heads gently moving in the breeze as the sun slowly started to set.