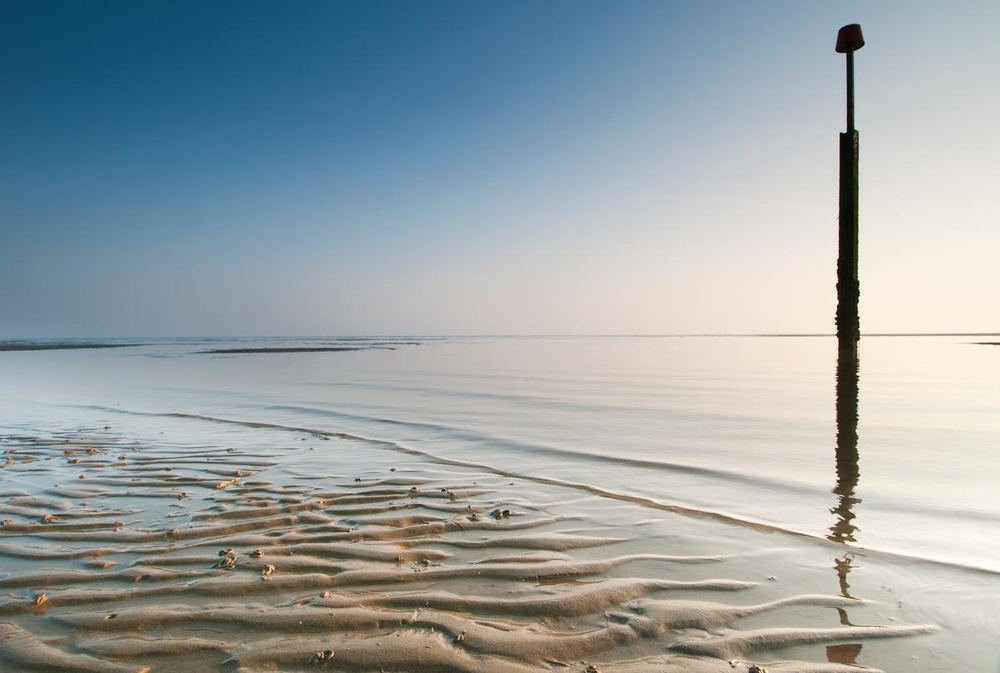 The tide slowly working it's way up the beach. Taken in North Kent, England.