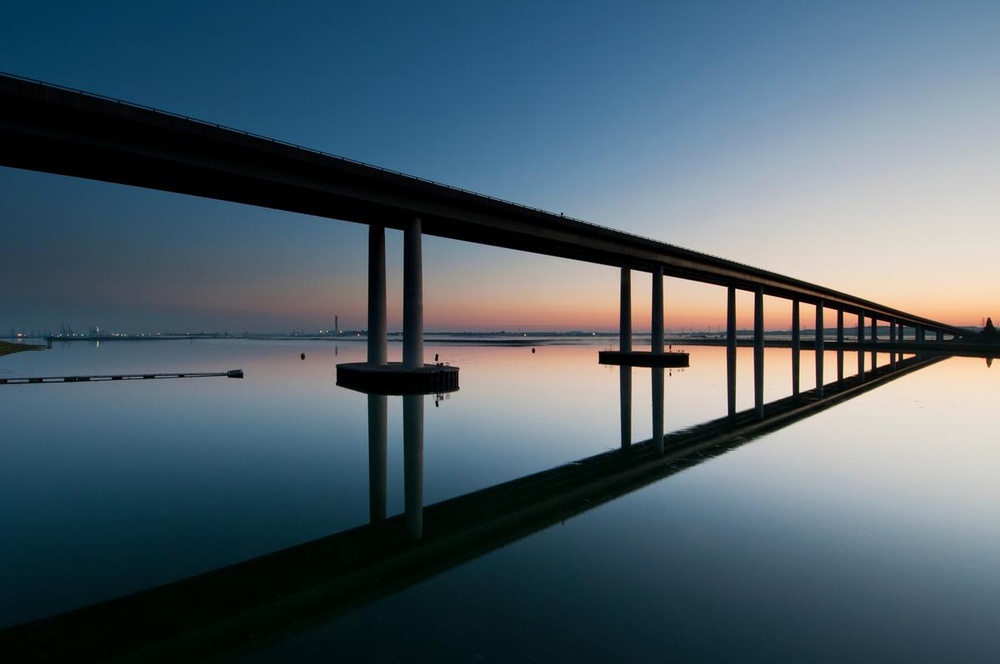 Bridge in Southern England reflected in an estuary at dawn.