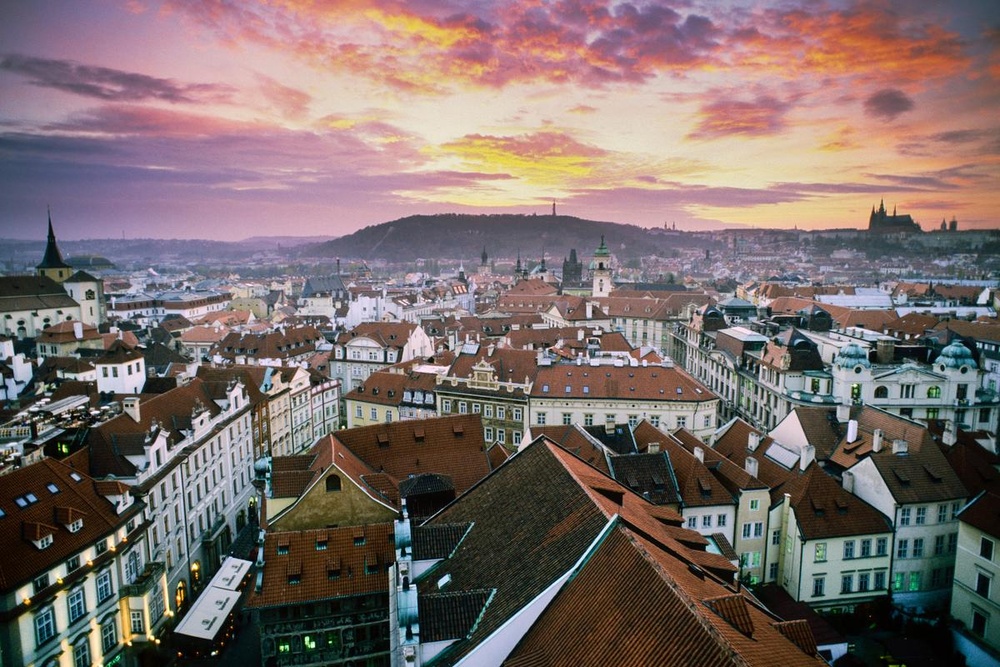 View from the Town Hall tower looking towards Prague Castle.